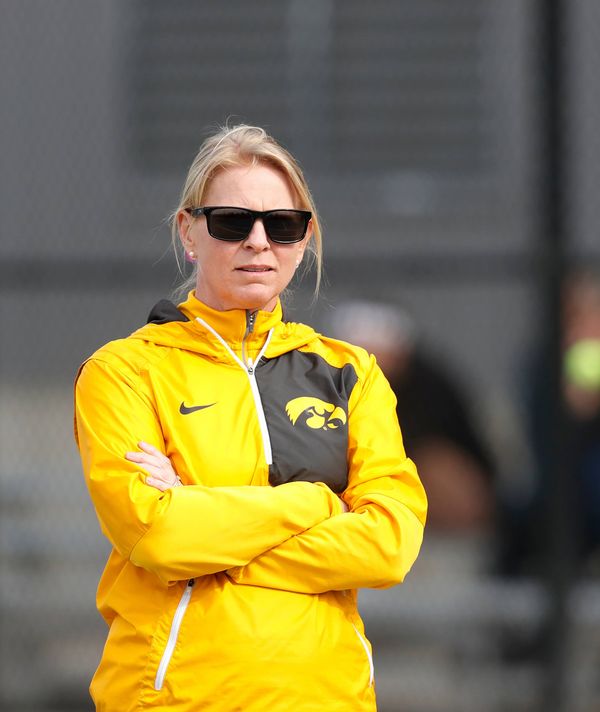 In 2021, Schmid led the Hawkeyes through a record-breaking season. Iowa finished 2021 with a 12-6 overall record and a 12-4 Big Ten record, the best conference record in program history.  Iowa ended its 2021 season ranked No. 41 in the final ITA College Rankings, and reached as high as No. 37 on the season, the highest team ranking since 2011.  Freshman Alexa Noel was selected to compete at the 2021 NCAA Women’s Tennis Championships in Orlando, Florida. Noel earned the Big Ten’s automatic qualifier, becoming the third player in program history to make the singles draw and the first All-American in program history. Noel ended the season 24-1 while competing at the No. 1 singles position. She was named ITA Rookie of the Year and Big Ten Conference Player of the Year and Freshman of the Year, becoming the first Hawkeye in program history to earn conference player of the year honors. Noel was ranked as high as No. 13 nationally, the highest-ranking of any player in program history. Senior Elise van Heuvelen Treadwell became the first player in conference history to earn All-Big Ten first-team honors five times in a career and was awarded the Arthur Ashe Leadership and Sportsmanship Award.

Schmid led the Hawkeyes to a 6-6 record during the shortened 2020 season. The Hawkeyes had their first win over a ranked opponent since 2014 defeating No. 50 Kansas State. The season was canceled by Big Ten Conference and NCAA on March 12 due to concerns of coronavirus (COVID-19). Following the season, Elise van Heuvelen Treadwell was named ITA Central Region Senior of the Year.

Schmid led the Hawkeyes to the Big Ten Tournament for the second time in three seasons in 2019. Iowa advanced to the quarterfinals of the Big Ten Championships and finished the season with 13 wins, the second highest total in eight years. Junior Elise van Heuvelen Treadwell was named First-Team All-Big Ten for the third year in a row. Iowa finished the season ranked No. 65 in the ITA rankings.

In 2018, Schmid coached the Hawkeyes to a 10-14 overall record. Senior Zoe Douglas was the Big Ten Medal of Honor recipient, and sophomore Elise Van-Heuvelen earned First-Team All-Big Ten honors for the second year in a row.

In her first season on campus in 2017, Schmid led the Hawkeyes to the Big Ten Tournament for the first time since 2014. Iowa won its first nine matches of the season, recording the second best start in program history. The Hawkeyes finished the season 16-9 and reached as high as No. 47 in the national rankings. Schmid helped freshman Elise van Heuvelen earned first team Big Ten honors and Big Ten Freshman of the Year accolades.