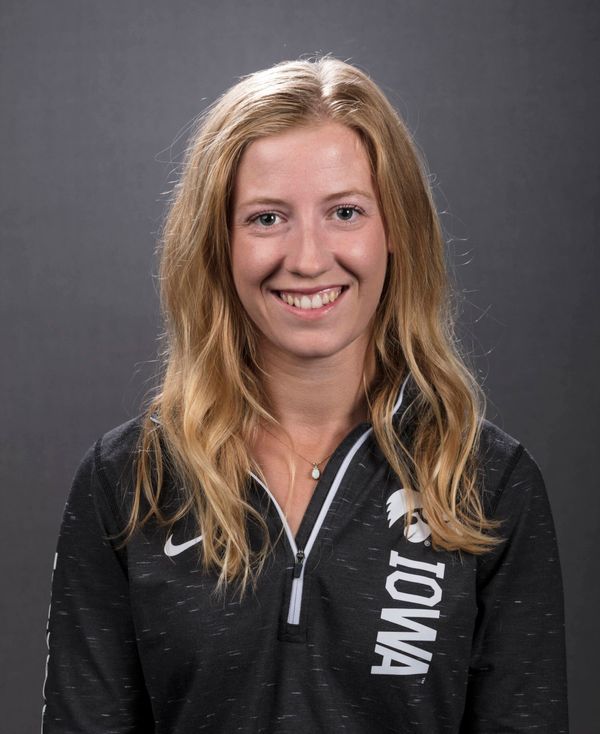 Spring 2018 — Posted a 7-13 singles record and an 8-10 doubles record… claimed a 1-0 record at the No. 4 position… was 2-0 in doubles when paired with Anastasia Reimchen and 4-2 when paired with Elise van Heuvelen… letterwinner

Fall 2016 — went 8-5 in singles… posted a 7-7 doubles record along side Taylor Tamblyn and Carin Runefelt.

Spring 2016 — went 4-1 in singles at the No. 6 position and 1-1 in Big Ten play…defeated Kara Hall of #9 Michigan to close out the season…paired will Annette Dohanics for all five doubles matches… Academic All-Big Ten…  letterwinner.

Fall 2015 — went 2-1 in singles matches at the Western Michigan Super Challenge…2-1 doubles record along side Carin Runefelt at the Roberta Alison Invitational.

Spring 2015 — went 0-2 in singles play at the UCF Invitational… saw no other action during the spring season… letterwinner.

Fall 2014 — competed in three tournaments…concluded first season at Iowa with a 10-1 singles record and 6-6 doubles record…took first in the Gold Flight singles bracket at the Gopher Invitational and went 3-0 at the Furman Fall Classic.