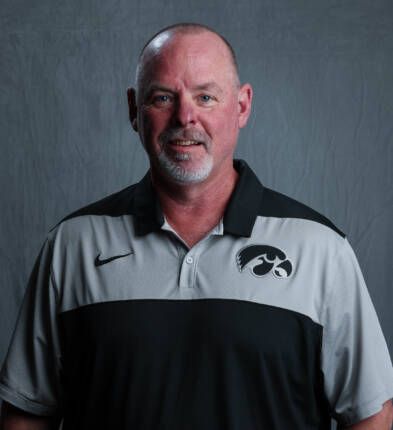 Brian Levin was named an assistant coach with the Iowa Softball program on July 20, 2022.

Levin (Leh-VANN) brings 12 years of head coaching experience and a 405-215 career record to Iowa City. He joins the Hawkeyes after a stint as the head coach of Southern Mississippi. In his three years with the Golden Eagles, Levin compiled a 65-62 record with a 29-23 mark in 2022.

Levin took over at Southern Miss after spending three seasons as the head coach at Belmont University. In those three seasons, the team advanced to two OVC Tournaments and posted a 91-70 record. The 91 wins are the most the history of the program over a three-year span.

Prior to Belmont, Levin had a six-year run at the University of Missouri-St. Louis. During that time, he led the Tritons to a 249-83 record, including a 150-25 mark his final three seasons.

At UMSL, Levin coached eight All-America honorees, 21 All-Region selections and 37 All-GLVC selections. He was named GLVC Coach of the Year in 2011 and 2015.

Levin also spent three seasons as field manager of the Akron Racers of the NPF, where he coached nine All-NPF selections and he was part of the 2014 NPF Coaching Staff of the Year.

Levin began his collegiate coaching career as an assistant at Murray State University.

He earned a bachelor’s degree in industrial technology from Peru State College in 1988 and a master’s degree from Northcentral University in sports management and leadership in 2009.

Levin is married to the former Michelle Morgan and has two children, Alisha and Matthew. Alisha played softball for Providence College, while Matthew played football at the University of Dubuque.