A staff that knows the game of baseball inside and out, but each assistant brings a slightly different background and angle to the coaching scene.

Get to Know Coach Heller Play For Us Win. Graduate. Do It Right. 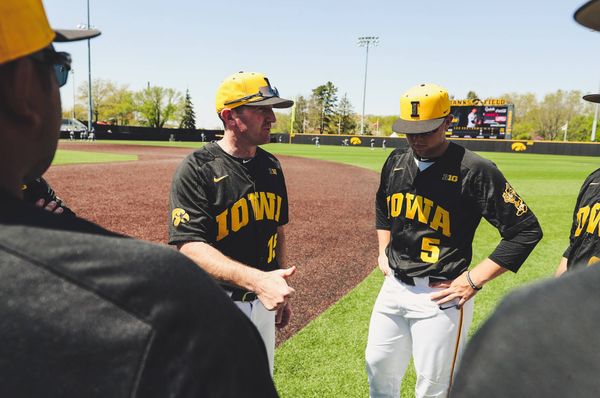 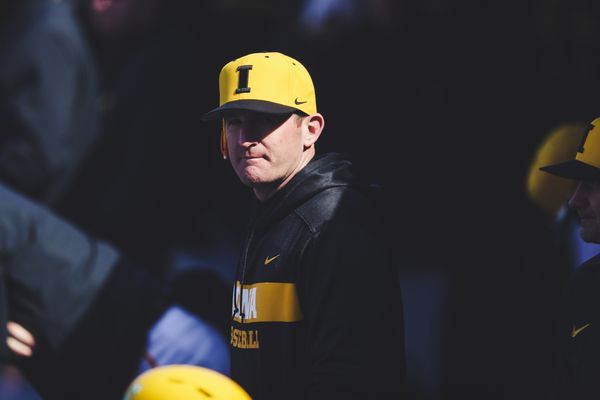 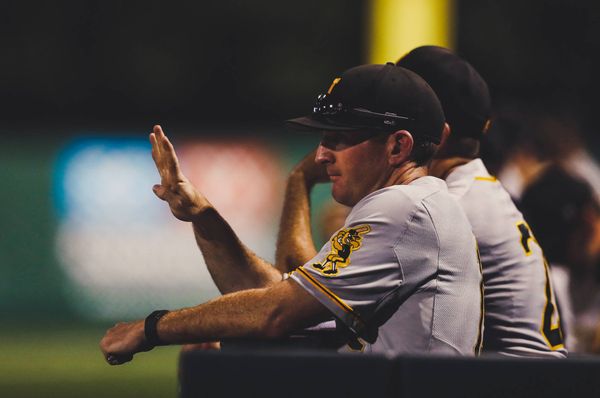 He has played a pivotal part in Iowa becoming a player on the national recruiting scene. On the recruiting trail under Sutherland, Iowa has had nine All-America, six all-region, and 27 All-Big Ten selections. Twenty-three players have had their names called in the Major League Baseball First-Year Player Draft.

Sutherland played and coached under Coach Heller at UNI from 2003-09.

One of the brightest baseball minds. 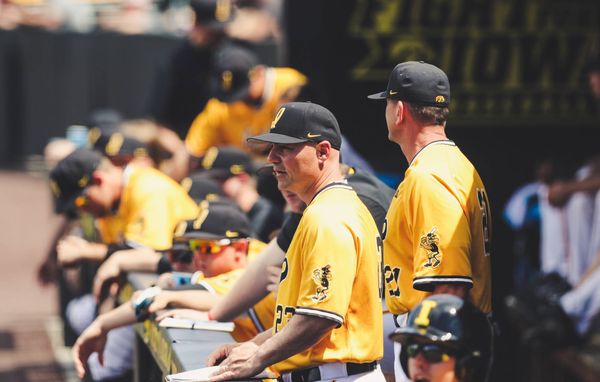 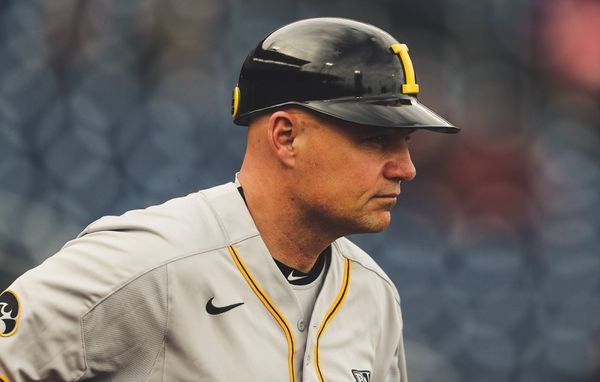 Assistant coach Robin Lund against the Indiana Hoosiers in the first round of the Big Ten Baseball Tournament Wednesday, May 22, 2019 at TD Ameritrade Park in Omaha, Neb. (Brian Ray/hawkeyesports.com) 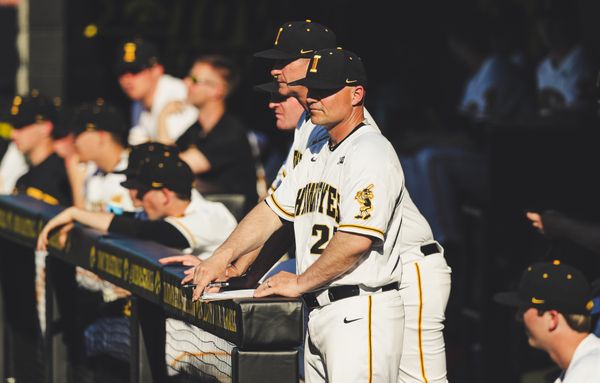 Coach Robin Lund is in his third season as the Hawkeyes’ pitching coach after working with hitters and outfielders during his first season.

Lund has a teaching background. Prior to Iowa, he was an associate professor in the Department of Kinesiology at UNI from 2002-2018. Lund taught classes on mechanics, anatomy, statistics, and research methods. His primary research focus was on improving athletic performance.

Lund is no stranger to coaching. He served as UNI softball’s volunteer hitting coach in 2018. He has also had strength and conditioning gigs at several places, including a stint under Heller at UNI in 2005-06.

Lund’s bright, analytical mind has added a fresh wrinkle to the Iowa baseball coaching staff. He is up to date on the latest, groundbreaking baseball analytical trends with Hittrax, Rapsodo, and Blast Sensor. 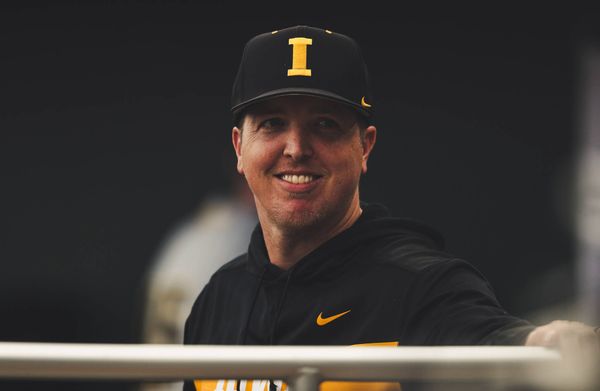 Pitching Coach Tom Gorzelanny against the Indiana Hoosiers in the first round of the Big Ten Baseball Tournament Wednesday, May 22, 2019 at TD Ameritrade Park in Omaha, Neb. (Brian Ray/hawkeyesports.com) 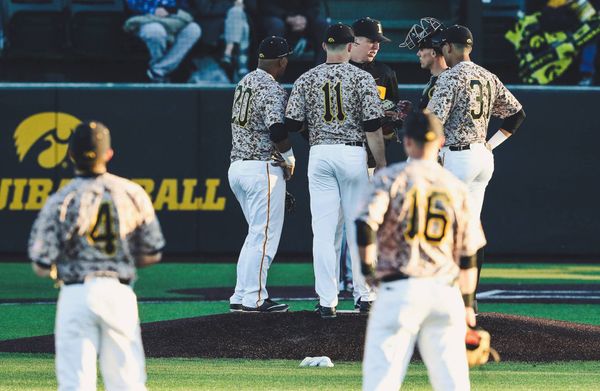 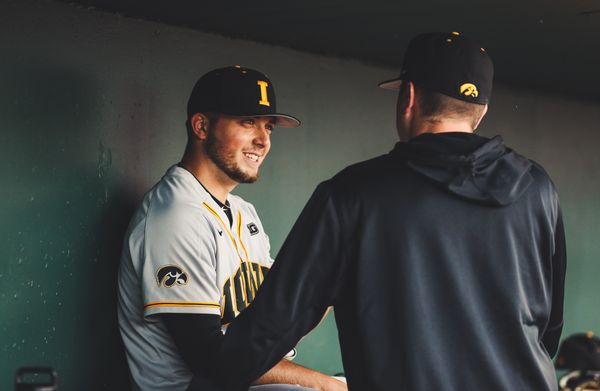 Iowa Hawkeyes Cole McDonald (11) talks with pitching coach Tom Gorzelanny against the Indiana Hoosiers in the first round of the Big Ten Baseball Tournament Wednesday, May 22, 2019 at TD Ameritrade Park in Omaha, Neb. (Brian Ray/hawkeyesports.com)

Following a 12-year Major League Baseball career with six different teams, Gorzelanny joined the Iowa baseball program as the Hawkeyes’ volunteer assistant and pitching coach in 2019. Gorzelanny has since transition into a director of player development role.

With over 300 appearances and over 100 starts in the Big League, Gorzelanny brings a complete baseball background to the Iowa Baseball program.

A former 12th-round MLB Draft Pick in 2001, Ungs is in charge of day-to-day operations of the Iowa baseball program. He assists with travel, lodging, meals, budgeting, camps, and everything in between.

Prior to joining Heller’s staff, Ungs worked in information technology and was the pitching coordinator for the Georgia Bombers Baseball Club in Atlanta for nine year. He coached 45 players that went on to play Division I baseball and nine that were MLB Draft picks.

In college, Ungs played under Heller at UNI along with assistant coach Marty Sutherland. Ungs helped the Panthers qualify for the NCAA Regionals in 2001 for the first time in program history.

Baseball Recruiting Home Reach Out to Us
Skip To Main Content