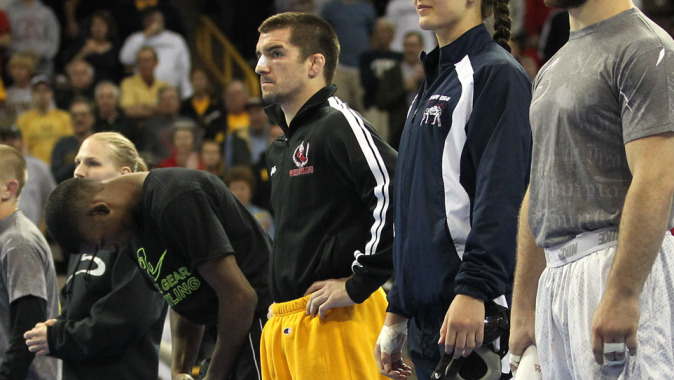 Metcalf will represent the United States at 65 kg at the World Championships in Tashkent, Uzbekistan on Sept. 8-14. It marks the second straight year and the third time in his career (2010) Metcalf has earned a spot on the U.S. World Team.

This year Metcalf be joined on Team USA by Hawkeye Wrestling Club teammate Tony Ramos, who won the 57 kg division Saturday. It is the first time since 2010, when Metcalf and Mike Zadick represented the U.S. in Moscow, Russia, that two former Hawkeyes made the World Team.

Former Hawkeye All-American Phil Keddy was 1-1 at the World Team Trials. He defeated Quentin Wright, 13-6, in the quarterfinals of the challenge tournament before falling to Ed Ruth, 14-4, in the semis.