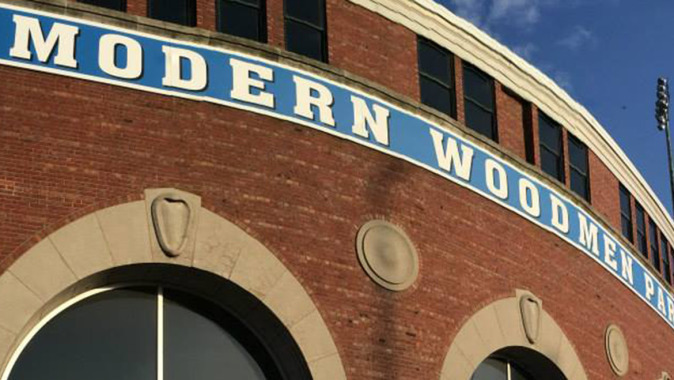 IOWA CITY, Iowa — The University of Iowa baseball team will open its fall ball schedule by facing the Ontario Blue Jays on Sunday at 2 p.m. (CT) at Modern Woodmen Park in the Quad Cities. It will be the Hawkeyes’ first game at the venue since 2010.

Admission is $5 and fans can enjoy $2 drinks (pop and beer) and peanuts throughout the contest. Dogs are welcome to attend for Bark in the Park, and postgame, kids can run the bases. Groups of 10 or more can purchase group tickets for $3 each.

Gates will open at 1 p.m. and amusements will also operate during the contest.

Iowa is playing its fall ball schedule at various stadiums around the state throughout the fall due to construction at Duane Banks Field.

New artificial turf is being installed in the outfield at the facility to complement the infield, which had AstroTurf installed prior to the 2014 season. The Hawkeyes are also having a new outfield fence and video scoreboard installed at the facility.