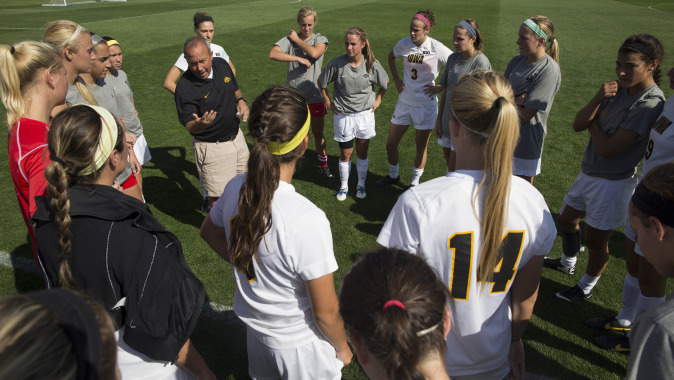 IOWA CITY, Iowa — The University of Iowa soccer team will face fourth-seeded Rutgers at 9:30 a.m. (CT) in the quarterfinals of the 2014 Big Ten Tournament on Wednesday in West Lafayette, Indiana.

The Hawkeyes tied for fifth place in the Big Ten standings with a 7-5-1 record, earning the No. 5 seed via its 1-0 victory at Minnesota on Sept. 20.

The Scarlet Knights won the regular season meeting over Iowa in Iowa City by the count of 1-0 on Sept. 28. The champion of the 2014 Big Ten Tournament will earn the automatic bid to the NCAA Tournament.

The Hawkeyes finished the regular season with a 12-6-1 overall record and the team’s seven Big Ten wins were tied for the most in program history. Iowa is making its fourth-straight Big Ten Tournament appearance a year after advancing to the championship game for the first time in school history.

All matches will be held at the Boilermaker Soccer Complex. All four quarterfinal games will be streamed live on the BTN Plus on BTN2Go.