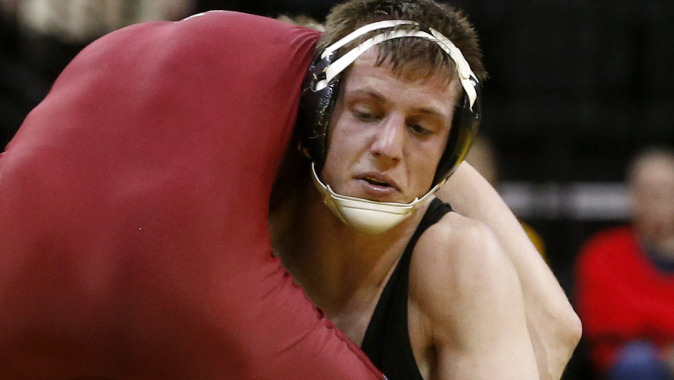 IOWA CITY, Iowa — The NWCA/USA TODAY Division I wrestling coaches poll was released Tuesday and the University of Iowa had nine competitors ranked in the top 10.

The unranked Kelly has a 28-3 career record at 157. He won five straight matches to begin the season — two by fall — while winning the Elite title at the Luther Open on Nov. 15.

“I feel strong, energized, and the mind feels good,” said Kelly, who owns a 40-28 career record. “I have more horsepower than previous years.”

Kelly won his first two bouts at Luther by fall, then won by decisions of seven, three, and two points.

The Hawkeye weight-by-weight breakdown includes seven competitors at 149 pounds and four at 157. Kelly is prepared to hold his ground against all comers.

Kelly isn’t a newcomer to the varsity lineup. The two-time state champion from Cedar Falls, Iowa, has competed in 32 duals, 11 in the Big Ten Conference. He has gone 10-10 in duals the past two seasons, but his overall Big Ten record is 2-9.

Brands said there is a way for Kelly — or any Hawkeye — to stay on top of the depth chart.

“You can answer them easily and that is by performance and a wide gap in your scores,” Brands said.

Brands said the Hawkeyes are moving forward after shaking off the rust with a dominating performance at Luther. They will have another opportunity Friday and during an open competition Saturday.

“There has got to be action,” Brands said. “We have some tough guys and we have to prove it more — like three or four deep at every weight.”