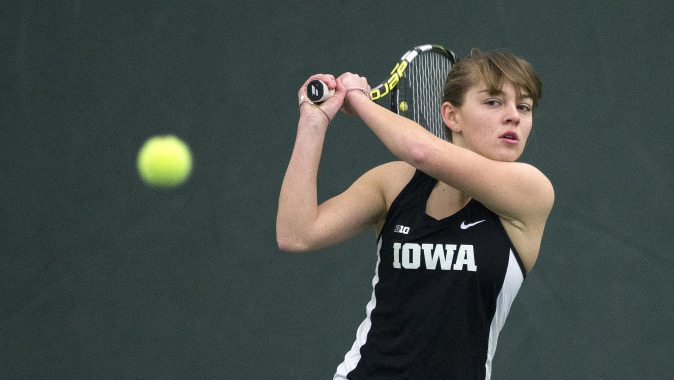 ORLANDO, Fla. — The University of Iowa women’s tennis team opened its spring schedule at the UCF Quad Tournament in Orlando, Florida on Saturday. The Hawkeyes collected a pair of singles victories and three doubles wins during the first day of competition.

“We did a good job of shifting momentum and finishing in doubles. Singles was a bit more up and down,” UI head coach Katie Dougherty said. “We struggled at times to finish sets and matches and put ourselves in a good position and then let opponents back in. It’s a good starting point for us today and another great opportunity tomorrow.”

The Hawkeyes will compete again on Sunday at 9 a.m. (CT), going against FIU in doubles play and meeting Big Ten rival Illinois in singles. Iowa will round out the tournament on Monday, taking on UCF and FIU in doubles and singles competition, respectively.