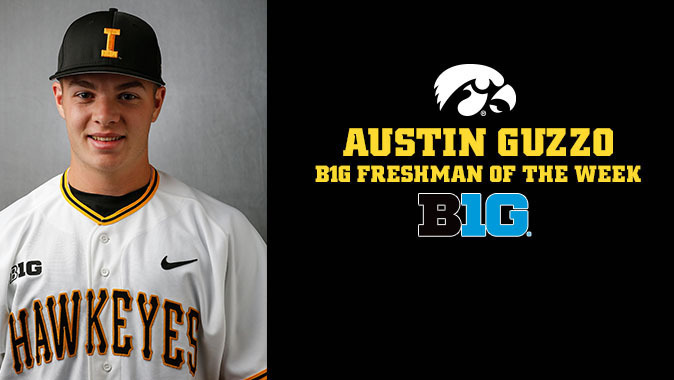 The Brooklin, Ontario, Canada, native earned the distinction after hitting .500 with one run and one RBI during the Hawkeyes’ opening weekend at the Snowbird Baseball Classic in Port Charlotte, Florida.

The Hawkeyes won 2-of-3 games in the Sunshine State, posting wins over Saint Louis (4-2) and George Mason (4-1) after dropping the season-opener, 5-4, to Kansas State.

Guzzo is the first Hawkeye to earn Big Ten Freshman of the Week since Sasha Kuebel on May 21, 2012.