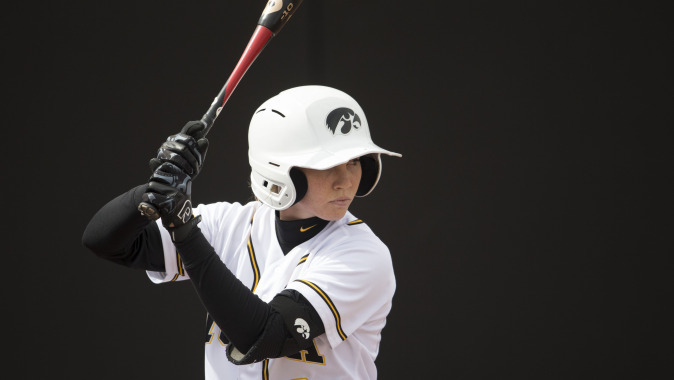 ORLANDO, Fla. — The offense exploded with 10 hits, keying a 10-2 run rule victory for the University of Iowa softball team in five innings over LIU Brooklyn (2-14). Every Hawkeye in the batting order reached base in the weekend-opening win, and five different players drove in at least one run.

“I was proud of how they came out and put runs up,” fifth-year head coach Marla Looper said. “When we had runners on, we executed and that’s what we’ve been asking them to do. They did that with ease in this first game.

“It was a group effort, we had a lot of players in the lineup, and I’m proud of them.”

Junior Erin Erickson led the offensive charge, driving in a run in the first with a single to center and hitting a bases clearing double in the second to score three runs for the Hawkeyes.

“In pregame I was working on getting my timing down with my swing and felt good,” Erickson said. “I saw the ball really well in the game and was happy with how it went.”

Iowa and LIU traded zeroes in the third and fourth, before the Hawkeyes pushed the winning run across in the fifth. After Yoways drew a one-out walk and freshman Sarah Kurtz replaced her on the basepaths, sophomore Alyssa Navarro delivered a walk-off double in her first at bat of the game to end the contest after five, 10-2.

“She threw four straight balls to (Ashley) Yoways, so I knew I had to be ready,” Navarro said. “I knew she was going to pound the zone, and I got one down the middle so I took it.

“It’s a great feeling. I always want to do what will put the team in a position to win, so it feels good.”

Erickson reached base in each of her three at bats — single, double, and a walk — to lead Iowa. Schmiederer recorded the first multiple hit game of her collegiate career, going 2-for-3 at the plate with a double.

Yoways (2-4) earned the win for the Hawkeyes in the circle. She matched her career-high with three strikeouts in five innings of work.

Iowa resumes tournament action tonight against host No. 17 UCF at 5:30 p.m. (CT). Fans can watch the game live or follow live stats. Links to both are available on the softball schedule page at hawkeyesports.com.