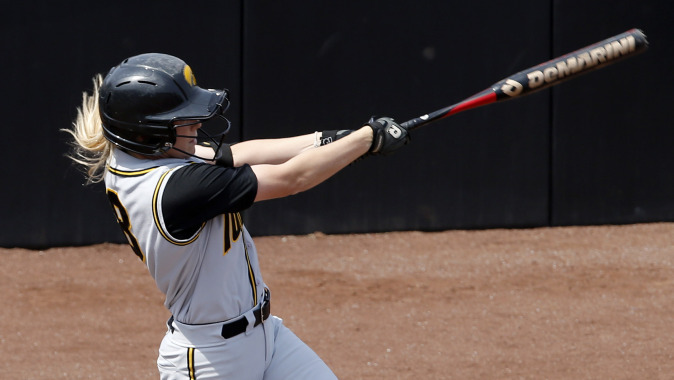 The Maryland offense got off to a hot start, sending 13 batters to the plate in the first for an eight run, six hit rally. The Terrapins continued to produce runs adding seven more in the second, two in the third and two in the fifth for a 19-0 advantage. Their lead would hold through the remainder of the contest.

Three Hawkeye pitchers appeared in the contest. Redshirt sophomore Shayla Starkenburg made the start and took the loss, but was replaced by junior Jillian Navarrete midway through the first who threw a career-high 1.2 innings. Freshman Ashley Yoways threw the final 3.1 innings.

Iowa is back in action at Pearl Field on Tuesday with a doubleheader against Nebraska. Game one is set to begin at 4 p.m. (CT) with game two starting 20 minutes after its completion. Both contests will be shown on live on the Big Ten Network.