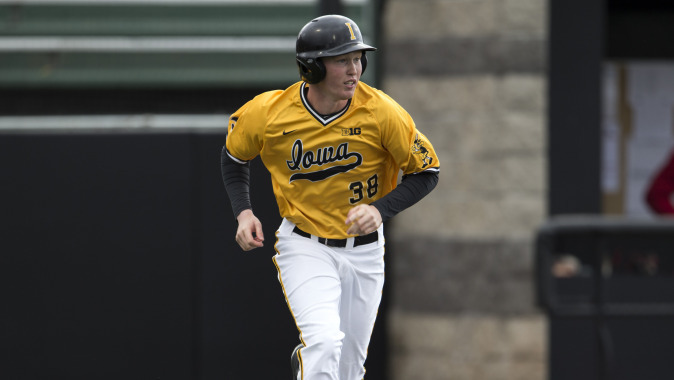 IOWA CITY, Iowa — University of Iowa junior Tyler Peyton has been selected as the Big Ten Player of the Week by College Sports Madness, it was announced Tuesday.

The Grimes, Iowa, native earned the distinction after tossing a complete game shutout in Iowa’s 2-0 series-opening victory over No. 19 Indiana on March 27. Offensively, Peyton hit .353 (6-of-17) during the week, collecting hits in 3-of-4 games, and had three RBIs and two runs scored.

Peyton opened the week by recording his first triple of the season against Bradley before succeeding as a two-way player against Indiana. Hitting for himself, Peyton drove in the game’s first run in first inning of the series opener and that’s all he needed on the mound.

The right-hander scattered five hits over nine shutout innings, and finished with five strikeouts against zero walks. It was the first shutout of Peyton’s career, and it propelled Iowa to its first win over a ranked foe since 2012.

Peyton closed out the series with a 4-for-5, two-run, two-RBI performance in Iowa’s 10-6 victory on March 29. The win propelled Iowa to a series sweep over the Hoosiers — the program’s first sweep over a ranked opponent since 1990.