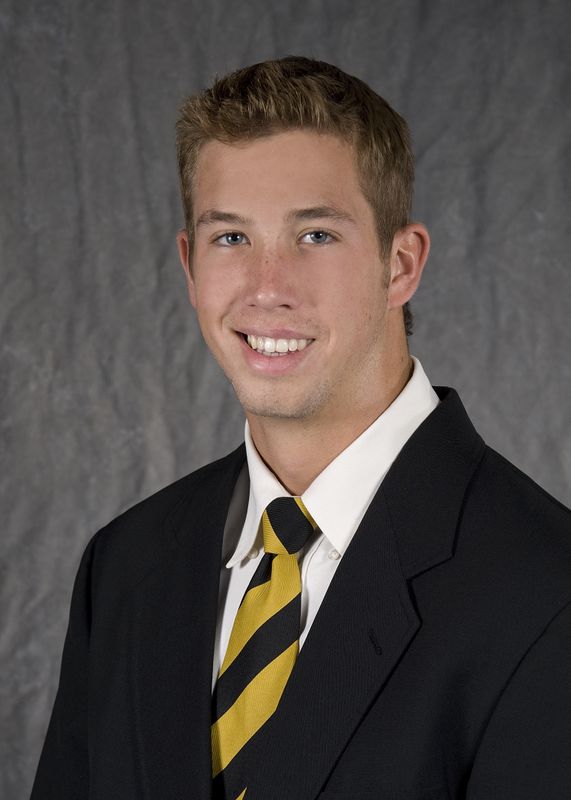 2011 Honors – Named third team All-Big Ten. 2011 – Started all 52 games in center… hit a career-high .271 in a career-high 207 at-bats… recorded a career-best 56 hits… led the Big Ten and ranked second in the nation with a career-high nine triples, which established a new school single season record… in back-to-back contests against Mississippi State (March 4-5), he tallied consecutive four-hit games, which earned him Big Ten Player of the Week honors… ranked second on the team with seven multiple RBI games and 26 total RBI… tallied 15 multi-hit games to rank third on the team… had an eight-game hit streak… led team with 12 stolen bases… batted .321 against lefties… hit .500 with the bases loaded and .384 as a leadoff hitter… tied for team lead with 12 two-out RBI… led team with 32 runs scored… tied for fourth in the Big Ten with 10 sacrifice bunts… recorded three three-hit games… had a .994 fielding percentage… tied for second on the team with a .415 slugging percentage… led team with 86 total bases… started all 24 league games… had 13 outfield assists to lead team.

2010 – Appeared in 54 games with 41 starts…played in 23 Big Ten contests, missing only one… started 40 in left field and one in right… tied a school record, legging out two triples against Ohio State (May 16)… hit in the eight spot of the lineup… had a .523 slugging percentage in conference, the second-highest on the team… led the outfield with eight runners gunned out… was perfect defensively in the Big Ten, with two assists…finished with the second-best .479 slugging percentage… legged out four triples, the second-most of any Hawkeye… led Iowa in home runs (5)… tied for third in sac bunts (5)… was a perfect 6-for-6 with a runner on third and less than two outs… recorded nine multi-hit contests… collected three multi-RBI games… longest hit streak was seven games… connected with two homers in a doubleheader vs. Purdue, going 3-for-4 with three runs scored and three RBI (May 21)… scored three runs in three games.

2008 — Appeared in 21 games, with 10 starts… started nine games as the DH… was 2-for-3 with a run scored and a double in his college debut at Missouri State (Mar. 9)… recorded two multi-hit games… had a three-game hitting streak… played DH or left field… batted .333 against left handed pitchers with a .667 slugging percentage… was most successful in the eighth inning with a .333 batting average… had one game-winning RBI.