No. 15 Iowa Hosts Milwaukee on Wednesday 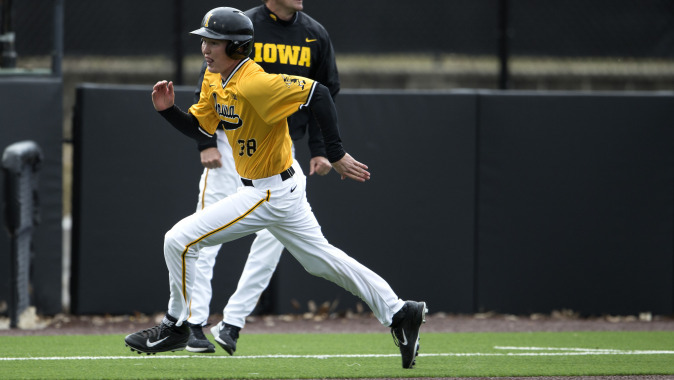 IOWA CITY, Iowa — The No. 15 University of Iowa baseball team returns to Banks Field on Wednesday for a midweek matchup against Milwaukee. The game time has been moved up to a 3:30 p.m. (CT) start (originally 6:05 p.m.) due to the weather forecast.

The Hawkeyes bring a 21-7 overall record and are ranked nationally in five different polls after sweeping Purdue last weekend in West Lafayette, Indiana. It was Iowa’s second-straight series sweep, moving the program to 6-0 in Big Ten Conference play for the first time in school history.

The Panthers have won four of their last five games to improve to 14-9 overall. Milwaukee’s marquee wins came in a three-game sweep of Missouri — a team that just took 2-of-3 games last weekend at No. 4 Florida — in Columbia from March 6-8.

Milwaukee is hitting .295 as a team with 82 extra base hits (52 doubles, 17 triples, and 13 home runs) and has four players hitting over .300. Infielder Sam Koenig, the two-time reigning Horizon League Player of the Week, is leading the conference and ranks in the top two nationally in batting average (.462), slugging percentage (.857), and on-base percentage (.555).

Milwaukee has a 3.88 team ERA in 23 games, striking out 171 batters in 208 2/3 innings. Wednesday’s starter has yet to be announced, as the Panthers host Wisconsin-Superior on Tuesday afternoon.

The Hawkeye offense is coming off its best weekend of the season, hitting .324 and scoring 23 runs in a three-game sweep at Purdue. Iowa pounded out 36 hits and struck out only 10 times in three games to raise its season average to a season-best .279 — good for fifth in the Big Ten.

Iowa’s pitching and defense continues to be the team’s calling card with the team ranking in the top 21 in the nation in both categories. The Hawkeyes’ .979 fielding percentage is 10th-best nationally, while the 2.76 ERA is ranked 21st in the country.

Junior Connor Grant will take the mound for his third career start, but it will be a staff day for the Hawkeyes. Grant is 1-1 with a 3.63 ERA in 10 appearances, allowing 11 hits in 22 1/3 innings. He has 17 strikeouts, but has issued 14 walks. Grant threw four innings of three-hit, two-run ball in his last start April 1 at Western Illinois.

Iowa and Milwaukee have played every season since 2008 — the 2014 contest was rained out — with the teams splitting those six games. The Hawkeyes lead the all-time series, 9-7. Wednesday’s game will be broadcast live on AM-800 KXIC/AM-1360 KMJM with Brent Balbinot on the call. Live audio and live video will also be available on Hawkeye All-Access on hawkeyesports.com.

Following its midweek matchup, Iowa returns to the road for the second straight weekend (and for the eighth time in nine weeks) for a three-game series at Maryland from April 10-12. The Terrapins, the Big Ten preseason favorite, are ranked in all six polls and are as high as No. 16 by D1Baseball.com.