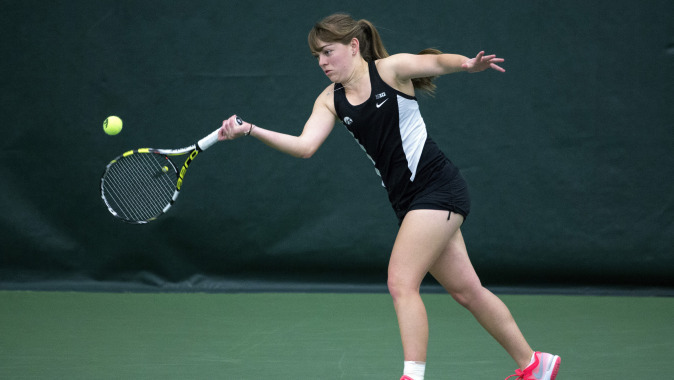 Douglas posted a 6-4 singles record this dual season, including a 4-4 mark in Big Ten play. Douglas played at the No. 4 and No. 6 positions in the lineup for the Hawkeyes. Teaming with senior Katie Zordani, Douglas collected a 10-5 overall doubles record.

Zordani was also honored at the banquet, receiving the Leadership and Citizenship Award. The Hawkeye veteran played at the No. 4 and No. 5 singles positions, gathering an 8-11 record during her senior season.

Junior Annette Dohanics was honored with the Grinder Award for the third straight year. The Grinder Award is presented to the player who consistently contributes to the team through hard work and dedication. Dohanics recorded seven wins this season, including two victories against ranked competition.

All five award winners were selected by fellow teammates and coaches.