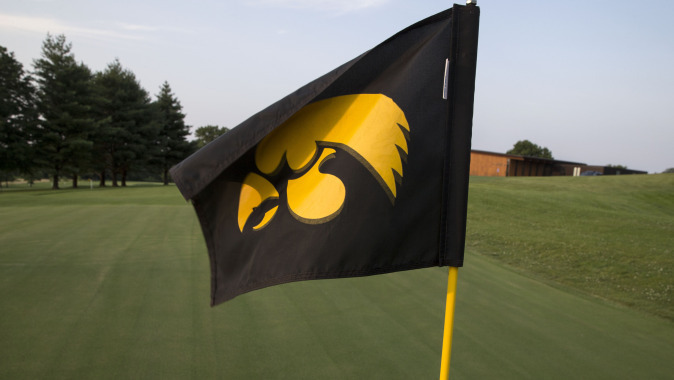 THIS WEEK
The University of Iowa men’s golf team travels to The Course at Yale in New Haven, Connecticut, on May 14-16 for the NCAA Yale Regional. The Hawkeyes are the No. 7 seed in the regional. The top five teams, along with the top individual not on a qualifying team from each region, will advance to the NCAA Finals to be held at The Concession Golf Club in Bradenton, Florida, on May 29-June 3.

THE COURSE
The Course at Yale is recognized as one of the finest example of early American golf course design. Large deeply bunked greens and narrow rolling fairways are the core of Yale’s penalizing character. In 1988, Golf Magazine ranked Yale as 71st among the 100 most difficult courses in the world. Many recognize the layout as the best collegiate course in the nation.

In 2013, Iowa placed 11th at the NCAA Southeast Regional in Tallahassee, Fla. The Hawkeyes were led by Steven Ihm, who tied for 38th individually.

Iowa placed fifth in the 2012 NCAA Southeast Regional, advancing to the NCAA Championships. Ian Vandersee tied for eighth individually, carding a 54-hole score of 212 (-1). The Hawkeyes would tie for 22nd in the Finals in Los Angeles.

In 2011, Iowa tied for fourth in its NCAA Regional, advancing to the NCAA Championships. Chris Brant tied for seventh, posting a 210 (-3) to lead the Hawkeyes. Iowa would go on to finish in a tie for 10th in the Finals in Stillwater, Oklahoma.

The Hawkeyes tied for sixth in regional play in 2010, missing the cut for the NCAA Championships by one stroke. Brad Hopfinger led the charge for Iowa, tying for 11th individually.

In 2009, Iowa qualified for its first NCAA Championship berth since 1995 behind a solid performance from Hopfinger. The then-sophomore tied for 10th place, leading the Hawkeyes to a fifth place finish in the event.

LAST EVENT
Schaake shined at the Big Ten Championships on April 24-26, sharing medalist honors with Illinois’ Nick Hardy, while leading the University of Iowa men’s golf team to a 2nd place finish at Victoria National Golf Club. Schaake became the third Hawkeye to win a Big Ten title in program history and the first since Brad Klapprott in 1992.

Heading into the final round of the three-day event, Iowa sat in third place behind fourth-ranked Illinois and Ohio State. A solid team performance on day three saw the Hawkeyes jump in front of the Buckeyes and grab a second place finish (1,170 (+18); 280, 289, 309, 292). Iowa’s final round performance at four strokes over par was the lowest of all 14 teams on the final day. Iowa also had the lowest first round total at 280. Iowa has finished third or better at each of last the three conference tournaments.

Bullington saved his best round for last, notching five birdies on his way to a three-under-par 69, to finish tied for 13th individually, marking his best performance of the spring. Bullington was in 32nd place heading into the final round after recording a 75, 74, and 76 in the first three rounds. His final round score was the low round of the day among all golfers.

HAWKEYES IN THE RANKINGS
The University of Iowa men’s golf team is ranked 41st out of 302 teams in the most recent Golfstat Relative Rankings, and are 42nd according to Golfweek. Iowa is the second-highest ranked Big Ten team behind Illinois (4, 1).

SCHAAKE PACES HAWKEYES
Schaake has been Iowa’s top performer in six of nine events this year and has finished in the top-five four different times. The Omaha, Nebraska, native was crowned co-champion at the 2015 Big Ten Tournament, his first collegiate individual title, while recording the best 72-hole score (284; -4) and best 18-hole score of his career with a seven-under-par 65. Schaake has played 27 rounds this year, averaging a team-best 71.37 strokes per round.

A PROGRAM ON THE RISE
Iowa has won eleven tournaments since 2008 and has had 14 individual medalists since 2009, including Carson Schaake, who was crowned individual co-champion at this year’s Big Ten Championships. The Hawkeyes have also had three All-Americans since 2008. Sixteen Iowa players have been named to the all-region team since 2009. Last season, Steven Ihm, Ian Vandersee, Brian Bullington and Raymond Knoll all earned Division I PING All-Midwest Regional honors.