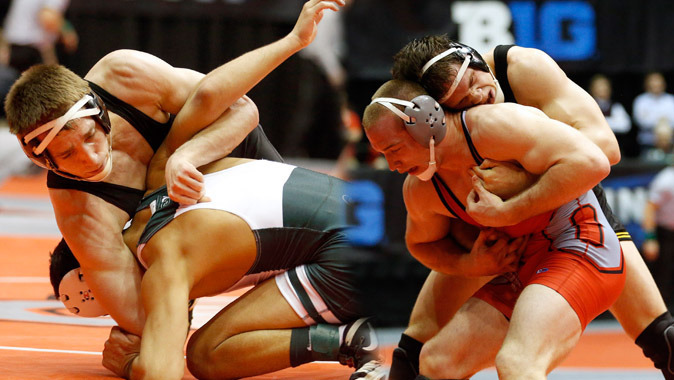 The academic team is made up of 118 total athletes, including five NCAA Champions, three NCAA runner-ups, 28 All-Americans and 96 NCAA Qualifiers.

Burak, a health and human physiology major, was one of the 28 All-Americans to join the list. He placed seventh at 197 pounds to earn All-American honors at the 2015 NCAA Championships and finished the season with a 24-7 record.

Dziewa, a recreation and sports business major, placed runner-up at the Big Ten Championships and qualified for the NCAA Championships at 141 pounds. He finished the season 29-9 overall.

Both wrestlers were also academic All-Big Ten honorees. Iowa has had at least one representative on the NWCA All-Academic team every year since Tom Brands was named head coach in 2006.