17 Hawkeyes to Compete at University Nationals 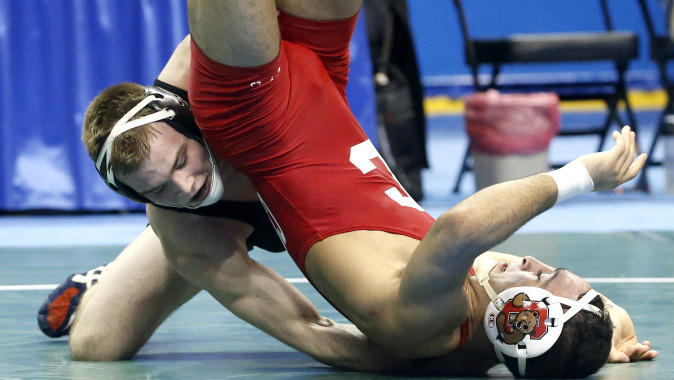 IOWA CITY, Iowa — University of Iowa All-Americans Nathan Burak and Brandon Sorensen lead a group of 17 Hawkeyes to Akron, Ohio, this weekend to compete at the 2015 University Nationals.

Competition begins Friday at the Louis and Freda Stile Athletic Field House on the campus of the University of Akron.

Sorensen, a fourth-place finisher at 149 pounds at the 2015 NCAA Championships, is competing at 70 kg/154 lbs. Burak, a two-time All-American at 197 pounds, is competing at 97 kg/213 lbs. They are two of 15 Hawkeyes competing in the freestyle tournament. Preliminary rounds begin Saturday at 8 a.m. (CT), and the finals begin Sunday at 8 a.m.

Flowrestling is providing a live stream of the event live beginning Friday, May 29 at 8 a.m.