Hickman Selected by White Sox in 7th Round 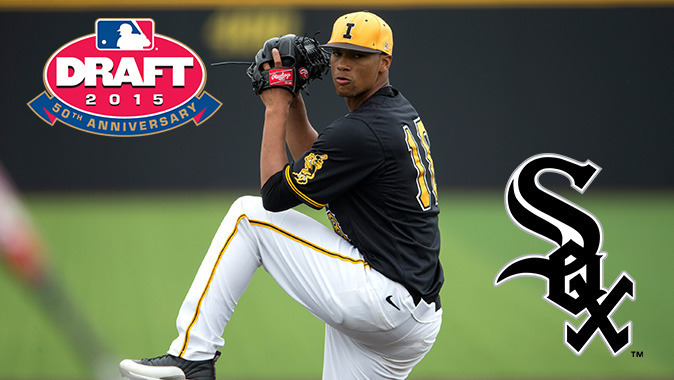 IOWA CITY, Iowa — University of Iowa junior Blake Hickman was selected in the seventh round of the 2015 Major League Baseball First-Year Player Draft on Tuesday by the Chicago White Sox. The right-handed pitcher was the 202nd pick overall.

As a seventh round selection, Hickman is the highest Hawkeye draftee since 1999 when Wes Obermueller was taken in the second round with the 58th pick by the Kansas City Royals. Jake Yacinich was an eighth-round selection in 2014.

The Chicago native’s nine victories were tied for the fifth-most in Big Ten play, the batting average against was sixth-best, and the inning total was 13th-best. In league play, Hickman tied for the conference lead with seven victories and a 2.45 ERA.

Hickman will have the option to sign with the White Sox or return to the Hawkeyes for his senior season. He helped Iowa to 41 wins — the second-most in a single season in school history — in 2015 and to the school’s first NCAA Regional berth in 25 years.

The 2015 MLB Draft concludes Wednesday with rounds 11 through 40. Follow the picks live at MLB.com.