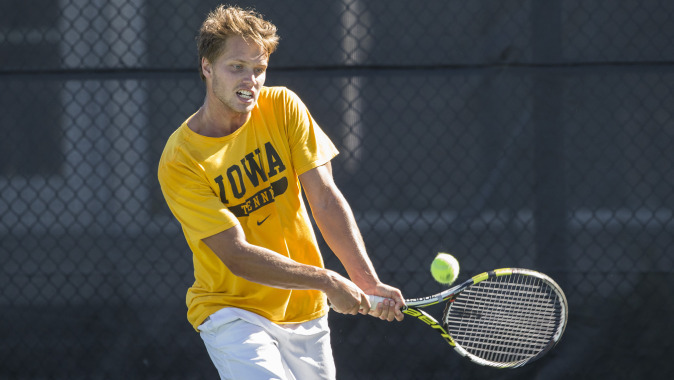 Junior Robin Haden added two more matches to his win column today in the Pre-Qualifying round. Haden defeated Jan Cimrman (NJIT) in straight sets, 6-0, 6-4, to start the day. In his second match, Haden dropped the first set before taking the second and third to beat Vasco Valverde of San Francisco, 1-6, 6-3, 6-3. Haden will face Cristobal Rivera of Loyola Marymount in the final round of the Pre-Qualifying bracket tomorrow at 8 a.m.

“I was really impressed with Robin today. He was aggressive with his feet, played close to the baseline, and used his forehand as a weapon,” said UI head coach Ross Wilson.