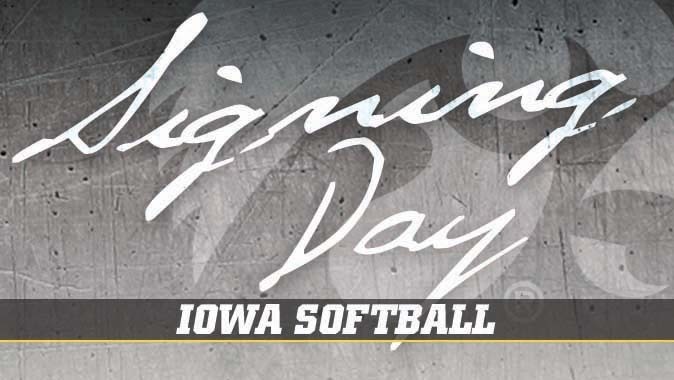 “I’m really excited about this class,” said Looper. “This class fills some of the gaps we have, and gives us depth where we need it. We’ve been anxious about getting some of the speed on campus, and this class elevates our speed greatly. It also gives us some power in the offensive lineup. I’m anxious to get them on campus in a year to build upon what we do this year.”

Cantu plays club for Texas Glory Adkins-Allen 18u Gold. She helped her team to top 10 finishes at the TCS Fireworks Super 64 Power Pool (5th) and the Triple Crown Texas State Nationals (9th) in 2015.

Cantu, a multi-sport athlete, is a two-time state powerlifting qualifier. She finished ninth at the state meet as a junior and eighth as a senior.

Coach Looper on Cantu:
“Devin is going to be a big force both behind the plate and at the plate. She brings a great power to the plate offensively, and it will be interesting to see her elevate her game to the next level. I’m excited to get that power in our lineup.”

Monteer has excelled in the classroom. She was named to the Principal’s Honor Roll and earned academic all-conference honors in 2013, 2014, and 2015.

Coach Looper on Monteer:
“Havyn was on the same club team with (freshman) Brooke Rozier. She brings us speed in the outfield, and she has now started to hit on the left side. I’m anxious to have her good speed and ability here on campus.”

Coach Looper on Makowsky:
“Taylor is a long and mean pitcher. She has some great upside and stature on the mound. She adds depth in the circle, and she has good spin and a great presence on the mound.”

A standout student, Thompson is second in her class with a 4.28 GPA. She is a member of the National Honors Society, Rho Kappa Kappa, Debate Club, and serves as a student ambassador.

Coach Looper on Thompson:
“Lea is going to bring some needed depth to the middle infield. She has good speed and is an option on the left side of the plate. She has a great bubbly personality, and a real passion for the game. I know she’s excited to be a Hawkeye.”

Taylor Libby — C, Iowa City, Iowa
Libby is a 2014 second team Mississippi Valley Conference honoree out of West High School. The right-handed hitter earned honorable mention Mississippi Valley Conference accolades as a sophomore, and hit .440 as a junior with 16 doubles and four home runs. Libby currently holds school records for doubles (16) and RBIs (45) in a single season. She helped her team to a conference championship in 2015, and a fourth-place finish at the state tournament in 2012.

Libby comes from an athletic family. Her mother, Larissa, is a former Canadian Gymnastics National Team member, and is currently the head women’s gymnastics coach at the University of Iowa.

Libby also exceeds in the classroom. The Iowa City, Iowa, native was inducted into the National Honors Society in 2015.

Coach Looper on Libby:
“Taylor is an Iowan. She is a catcher that brings some offensive power. She is a great student, and she’s really passionate about what she is doing. Taylor wants to be that representative in the local area. We are blessed to have her stay close to home and be a part of the Hawkeye program. She will represent this area with pride.”

Allison Doocy — P, Ankeny, Iowa
Doocy is a right-handed pitcher out of Ankeny High School — the same high school as current ace Shayla Starkenburg. She earned second team all-state, first team CIC-Eastern, second team CIC all-conference, and 5A West all-district honors as a junior. Doocy set the Iowa State Tournament Strikeout Record in 2015, recording 33 strikeouts in three state tournament games. She helped her team to a third-place finish at the state tournament in 2013 and a seventh-place finish in 2015. Doocy currently holds the school record for strikeouts in a single season (233).

A three-sport athlete, Doocy is a two-time state qualifier in track and field and volleyball. The Iowa native finished eighth in the 3,200-meter relay in 2014 and 13th in the same event in 2015. Doocy also recorded a 16th-place finish in the high jump at the 2013 state track meet. As a defensive specialist and outside hitter, Doocey helped her volleyball team to back-to-back state tournament appearances in 2013 and 2014.

Doocy has also excelled in the classroom. She was named to the CIML All-Academic team, and earned the Academic Excellence Award in 2013, 2014, and 2015.

Coach Looper on Doocy:
“Allison is long and lanky. She is a multi-sport athlete that has now narrowed her focus to softball. She caught our eye late, but she is sneaky good. She puts the ball and spins the ball where she wants. She has room to develop, but I’m excited to see where she can go.”