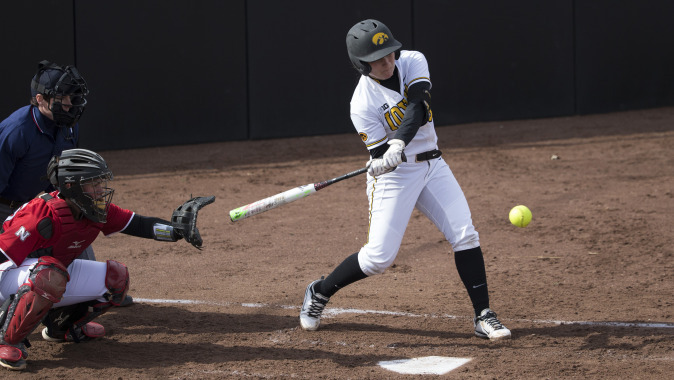 IOWA CITY, Iowa — A car cannot run without its battery.

The car, or in this case, the University of Iowa softball team, drives into the 2016 season with something it didn’t have last season — depth in the circle and behind the plate.

“The pitcher and catcher have a different bond than anyone else on the field,” said UI head coach Marla Looper. “They are the battery, and if the battery is not functioning well, the entire team feels it. It’s a very important piece. The car can’t run without it.”

The Hawkeyes have five pitchers on their roster and a sixth is available if needed. Redshirt junior Shayla Starkenburg, senior Jillian Navarrete, and junior transfer Elizabeth Wiegand (UT-Martin) enter the circle with Division I experience, while freshmen Erin Riding and Mallory Kilian will each take the ball this spring.

Sophomore Ashley Yoways, Iowa’s No. 2 starter last season, might also log innings in the spring, but is switching her focus to the infield.

“We are excited about the depth we have in the circle,” said Looper. “We have a variety in styles of pitching, and they all want the ball. Now we can manipulate the lineup to play to our strengths and play the match ups.”

The pitching staff is anchored by Starkenburg, who led the team in every pitching category last season. The Ankeny, Iowa, native displayed moments of dominance last season, including a no-hit performance against Southern Utah — the 17th no-hitter in program history — and a two-hit shutout against No. 12 Minnesota in the Big Ten Tournament quarterfinal.

This year, Looper looks to Starkenburg to use her experience in the circle to benefit the rest of the group.

“Shayla grew mentally and emotionally last season,” said Looper. “At the Big Ten Tournament she was solely focused on hitting her spots. That’s how it should be every time. She hasn’t lost that mentality. As freshmen, Erin and Mallory can certainly learn from that.”

While wins and losses are credited to the pitcher, the battery mate plays just as big of a role.

“Some of the best pitchers in the world will tell you that they are not as good without their catcher behind the plate,” said Looper, a former pitching standout at Florida State. “Catchers are just as important as the pitcher on the field, because they are the one calling the pitch.”

There are four catchers on the roster. Veteran Holly Hoffman returns for her senior season, while Angela Schmiederer and Daniela Chambers each enter the year as sophomores. Freshman Brooke Rozier could also see time behind the plate this season.

“Holly can swing the bat, and she has been a constant behind the plate for us,” said Looper. “Angela is good defensively and she is starting to be consistent offensively. Brooke has a lot of power potential, but her defense needs to improve, and Daniela does a great job of managing the pitchers.”

With a variety of options on the mound and behind the plate, the Hawkeyes are using this offseason to build relationships both on and off the field.

“It can be challenging when you have five pitchers to worry about, but that’s also the fun part,” said Looper. “The battery is the most important relationship on the field, and it has been fun to watch them grow.”