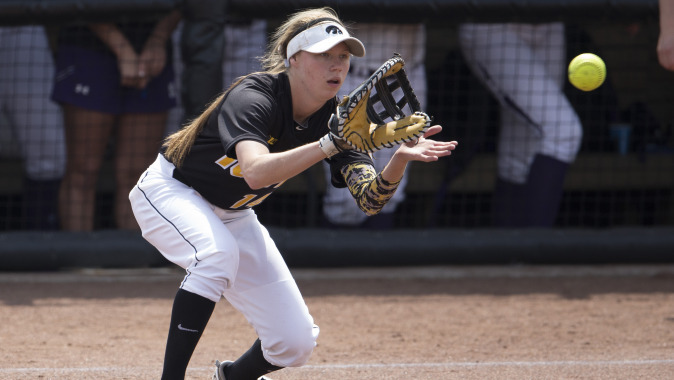 IOWA CITY, Iowa —After nearly a month of practice, the University of Iowa softball team is ready to make it happen on the field this weekend.

“Our theme for the season is ‘Make it Happen.'” said UI head coach Marla Looper. “It’s time to stop talking about what we want to do and actually make it happen. Our team is doing a nice job of that so far.”

Sixteen letterwinners and eight starters return for the Hawkeyes, who finished 19-40 overall and 8-15 in Big Ten play last season. Iowa ended the season winning three of its final four games, including a pair of upset victories in the 2015 Big Ten Tournament — the program’s deepest run in the conference tournament since 2008.

With so many returnees, Iowa hopes to build off of its Big Ten Tournament momentum in 2016.

Redshirt junior Sammi Gyerman, who hit .326 and scored a team-high 42 runs for the Hawkeyes in 2015, agrees.

“The Big Ten Tournament was finally that last step we needed to have that confidence,” Gyerman said. “It gave us the punch that we needed to see that we can compete with anybody.”

“We have five new people this year that can all contribute,” said Looper. “They all have the potential to do so. Our returners have been able to work with them well.”

“Right now we have a staff that I get to learn to manage and I’m excited about that,” Looper said. “We haven’t had that opportunity the last few years. That depth will play a key role in our success this year.”

Iowa kicks off the 2016 season at the Texas A&M Corpus Christi Tournament on Friday. The Hawkeyes take on Louisville at 12:30 p.m. (CT) before facing tournament host Corpus Christi at 3 p.m.