Vandermaten Named to Stopper of the Year Watch List 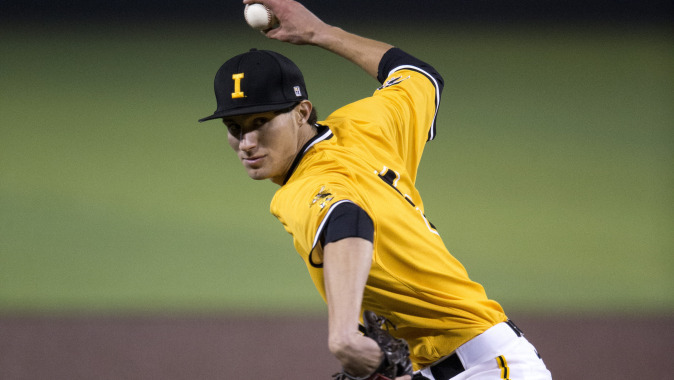 IOWA CITY, Iowa — University of Iowa senior right-handed pitcher Luke Vandermaten has been named to the National Collegiate Baseball Writers Association Stopper of the Year Watch List, it was announced Monday. The award is given to the top relief pitcher in college baseball.

Vandermaten is one of 70 players from across the country and eight players in the Big Ten Conference named to the Watch List. Nominations were made by baseball sports information directors. The list will be updated with a midseason release April 27 and finalists will be announced June 8.

As a junior, Vandermaten went 2-0 with a 1.06 ERA with four saves in 22 appearances. The Fort Dodge, Iowa, native allowed six runs (five earned) and surrendered 32 hits in 42 1/3 innings. He had 23 strikeouts and held opposing hitters to a .219 batting average. Vandermaten’s 1.06 ERA is third-best in a single season in program history.