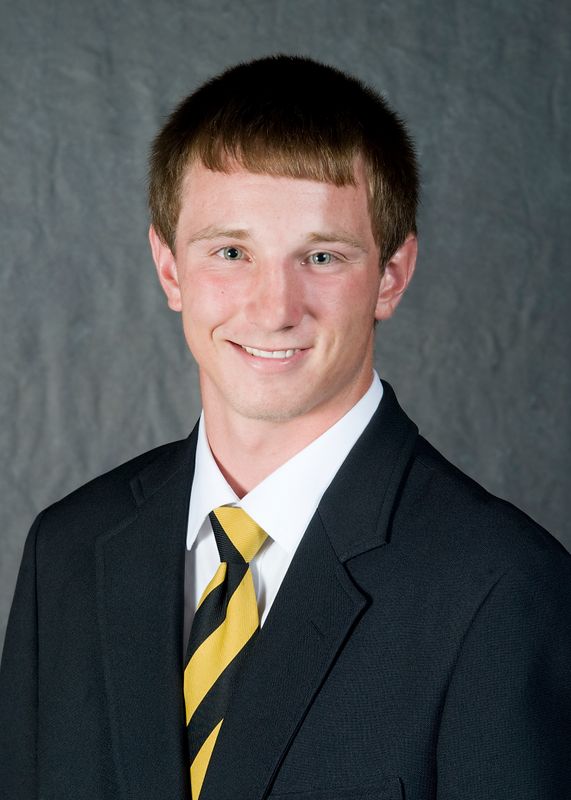 2013 — Started 37 games at third base… posted a season-high three-game hitting streak April 9-13… tallied a pair of multi-hit games, collecting two hits against New Mexico (Feb. 23) — the first multi-hit game of his career — and two hits against Nebraska-Omaha (March 17)… hit a two-out, 10th inning double May 17 at Purdue, driving in the go-ahead run in a 9-5 victory… scored two runs May 17 vs. the Boilermakers, setting a career-high… started all three game against Minnesota, hitting his first triple of the season April 28… started first two games of Iowa’s three-game series with Kansas State (April 12-13)… went 2-for-5 at the plate against the Wildcats, tallying a hit in both contests… came off the bench April 9 vs. Kansas, delivering one hit in two tries… hit safely in all three games at Austin Peay (Feb. 15-17)… hit the first home run of his collegiate career Feb. 17 vs. Austin Peay.

2012 — Appeared in 16 games, making eight starts… made seven starts in right and one in left… hit .217, recording five hits in 23 at-bats… tallied one double, a triple and three runs scored… drove in five runs and tallied four walks… was 2-for-2 in stolen bases… reached base in the final seven games of the season… notched two, two-out RBIs… registered first career hit, run, RBI, double and walk in win over Grand View on March 21… tallied season-best three-RBIs on May 17 against No. 13 Purdue, including first career triple.

High School — Helped lead his high school team to four straight conference titles and four consecutive state semifinal appearances, including the the 2A state title in 2010 and 3A state title in 2011… holds school record for most triples in a season with nine… named first team all-state, first team all-conference and first team all-district in 2011 after finishing with a 4-1 record on the mound, while compiling an ERA of 1.65 and tallying 39 strikeouts… hit .476 as a senior with 14 home runs and 55 RBIs… went 9-0 with a 1.53 ERA with 74 strikeouts and batted .471 in 2010 en route to first team all-state, all-district and all-conference honors… tallied over 20 stolen bases during each his junior and senior season… also a basketball, soccer and track standout, placing second in the state high jump as a junior… was named a 2011 preseason All-American by Collegiate Baseball.