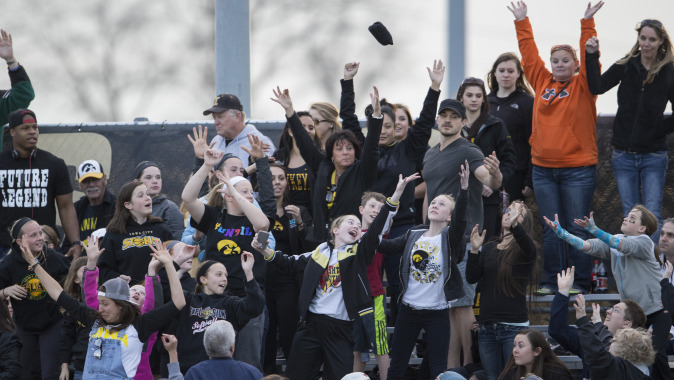 Iowa will host in-state rival Drake in its home opener on March 30, and continue its home stand with a three-game series against Purdue on April 1-3.

After a week on the road, the Hawkeyes return to Bob Pearl Field for a six-game home stand against Northern Iowa (April 12), Wisconsin (April 15-17), and Missouri (April 19).

The Hawkeyes travel to Ames, Iowa, for the annual Iowa Corn Cy-Hawk series game against Iowa State on April 20, before returning home for a three-game series against Penn State. Iowa concludes its home slate with a series against Minnesota on May 6-8.