Noel is from Summit, New Jersey, and ended 2019 ranked No. 4 in the International Tennis Federation junior world rankings. In 2019, she advanced to finals of Wimbledon Juniors.

“Today we officially welcome Alexa to our Hawkeye tennis family.  Alexa is one of the top-ranked junior tennis players in the world and Hawkeye Nation is going to love watching her play, compete, and fight for Iowa” Schmid said.

“Alexa has competed and succeeded on some of biggest stages in tennis, including court one in the Wimbledon Junior finals, and at the U.S. Junior Fed Cup, where she clinched the title for the United States in doubles with Coco Gauff. She has competed in the women’s doubles main draw of the U.S. Open, and in every junior grand slam tournament.

“I am thrilled to have her join our program and attend the University of Iowa, where she can continue her development as a young woman, student, and elite tennis player. Alexa has high standards, and I know she is excited to compete at the highest level of college tennis as she moves towards a successful professional tennis career.

“Alexa comes from a Hawkeye family, with both parents from Iowa.  She is a wonderful fit for our team and our staff, and her signing is a huge step forward for Iowa women’s tennis.” 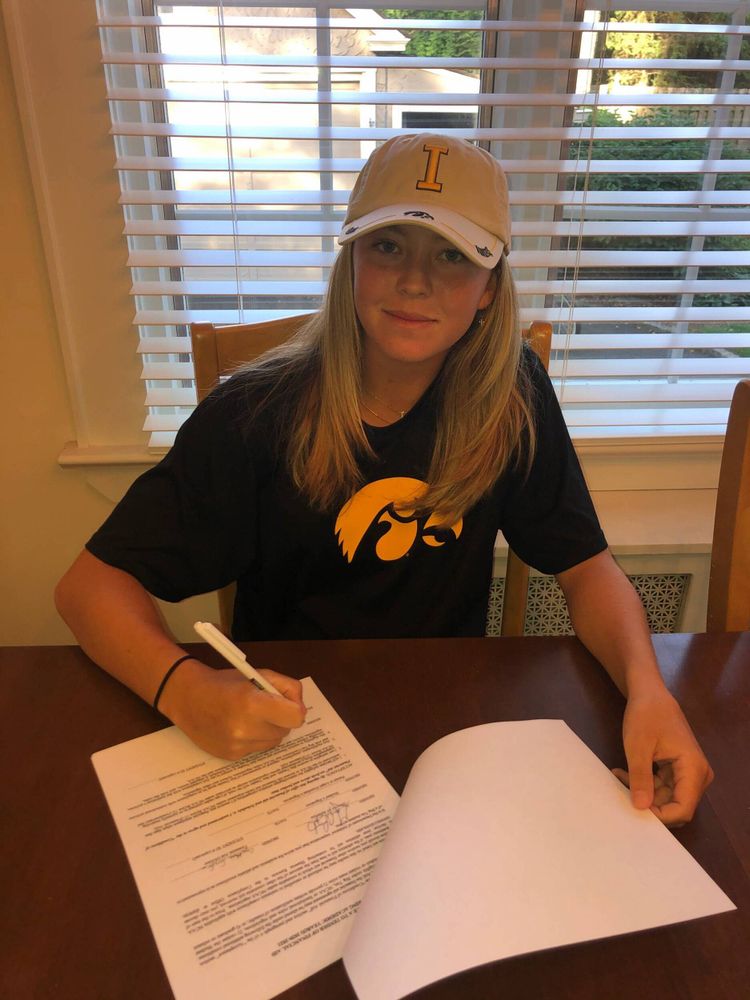 Noel is joining a Hawkeye lineup that returns all seven letterwinners, including redshirt senior Elise van Heuvelen Treadwell, a four-time All-Big Ten honoree, and Samantha Gillas, a 2020 transfer from Virginia Tech. Her mother, Juree, is a University of Iowa graduate.

“I am honored and proud to join the Hawkeye family. The University of Iowa has world-class academics and a strong athletics tradition. I look forward to working with Coach Schmid to further evolve my game, and more importantly, to help the team succeed.”