IOWA CITY, Iowa — There’s a big difference between seven points and three. Over the last two weeks, the University of Iowa has been convincingly efficient by scoring 10 touchdowns in 12 trips to the red zone and the result has been two lopsided victories.

“It’s good to see us getting the ball in the end zone more frequently,” Iowa head coach Kirk Ferentz said Sunday. “As you know, it makes a big difference. When you get the ball down in the red zone you like to finish drives, so I’m happy to see that going on.”

Short week success
Before playing Michigan State, the Hawkeyes took an NCAA-mandated day off because of the election. Iowa and Minnesota played Nov. 13, making it back-to-back short weeks of practice for both teams. Iowa and Nebraska will play Nov. 27, another Friday contest and another short week of preparation.

“We’re right in the middle of a four-week block where three of the weeks are abnormal which makes the remaining normal week seem abnormal,” Ferentz said. “Our guys have been flexible with their thinking, they’ve adapted.

“Our team has shown good focus, and it has improved, and that’s what you hope to do during the course of the season. We’re making strides and we have certainly played better on the field the last two weeks, but that’s a result of the guys preparing well and going out on the practice field doing a good job.” 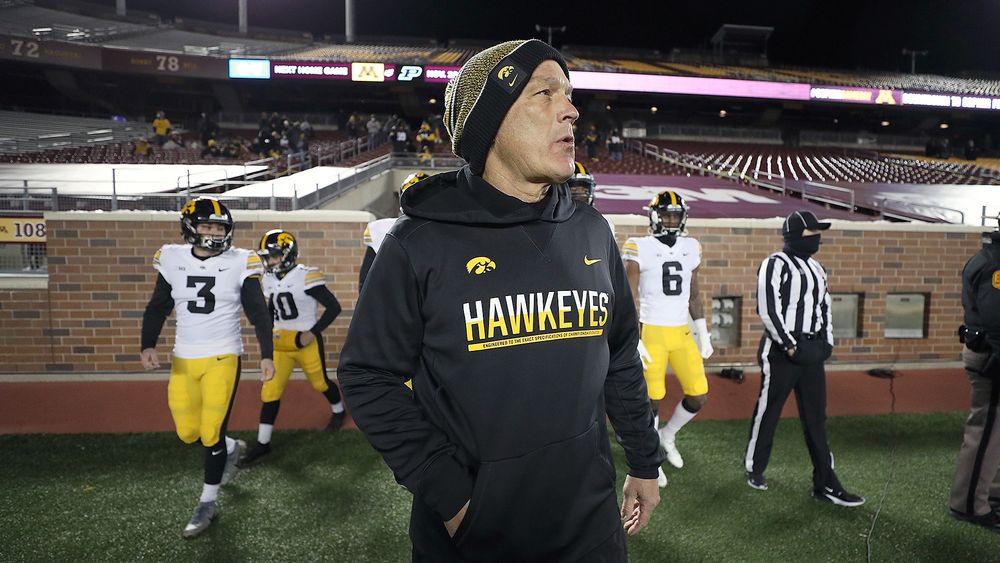 “It's good to see us getting the ball in the end zone more frequently. When you get the ball down in the red zone you like to finish drives, so I’m happy to see that going on.”

“In the turnover:take-away margin, we got off to a bad start with three in the first game and two in the next,” Ferentz said. “We have been able to clean that up a little bit and that’s one statistic that almost every year pays dividends or it hurts you.

“We had too many penalties early in the season. We typically are in the top third of the conference with penalty yardage, so it’s not like we have a drill for any of this stuff. It’s a matter of our guys being more detailed in their thinking and their technique and just being aware. Those are positive indicators, hopefully we can continue to build on that.”

“We are rotating a lot of guys on the defense, so a lot of guys are making good contributions and it has helped us grow as a football team,” Ferentz said.

A history of nail biters
The last three meetings between Iowa and Penn State have all favored the Nittany Lions, but by a combined 13 points. Penn State won 17-12 last season in Kinnick Stadium.

“It has been three straight years and that’s what you expect,” Ferentz said. “(Penn State) has good players and they have done a good job up there. We have to be at our best (Nov. 21); hopefully we’ll continue to make improvement during the course of the week. Health-wise we are in pretty good shape, so hopefully we will have a great week. It’s going to take every bit of that to be successful.”

Iowa and Penn State play Saturday with a 2:30 p.m. (CT) kick. The game will be televised on BTN. 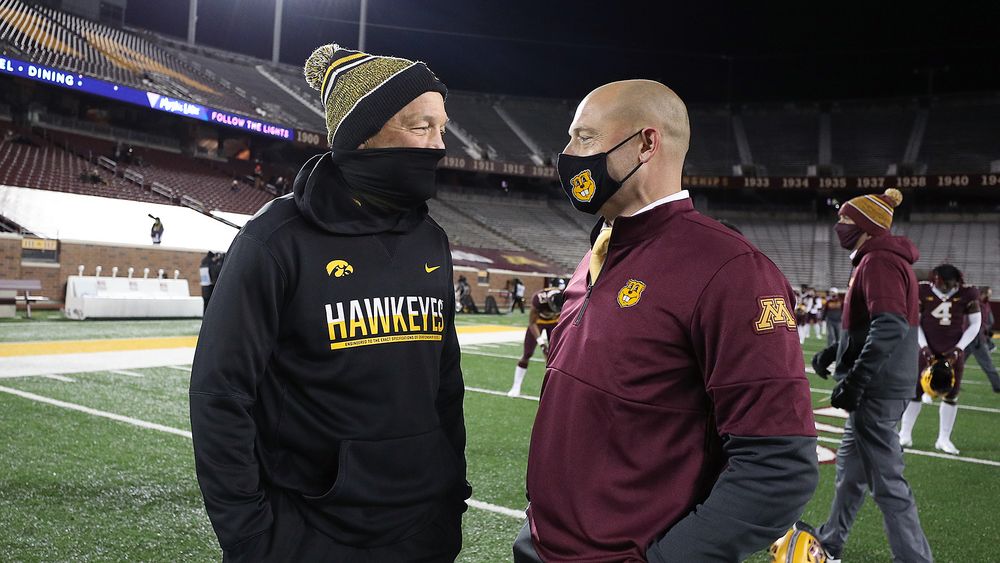