IOWA CITY, Iowa – The University of Iowa baseball program has signed eight players – all who hail from the Hawkeye State – who will join the program in the fall of 2021, it was announced Monday by head coach Rick Heller.

“We really like this class. It has a good mix of athletic position players who can hit and talented pitchers,” said Heller. “Most of these guys have been committed to our program for quite some time and they already feel like family. We are looking forward to their arrival and working with them next fall. 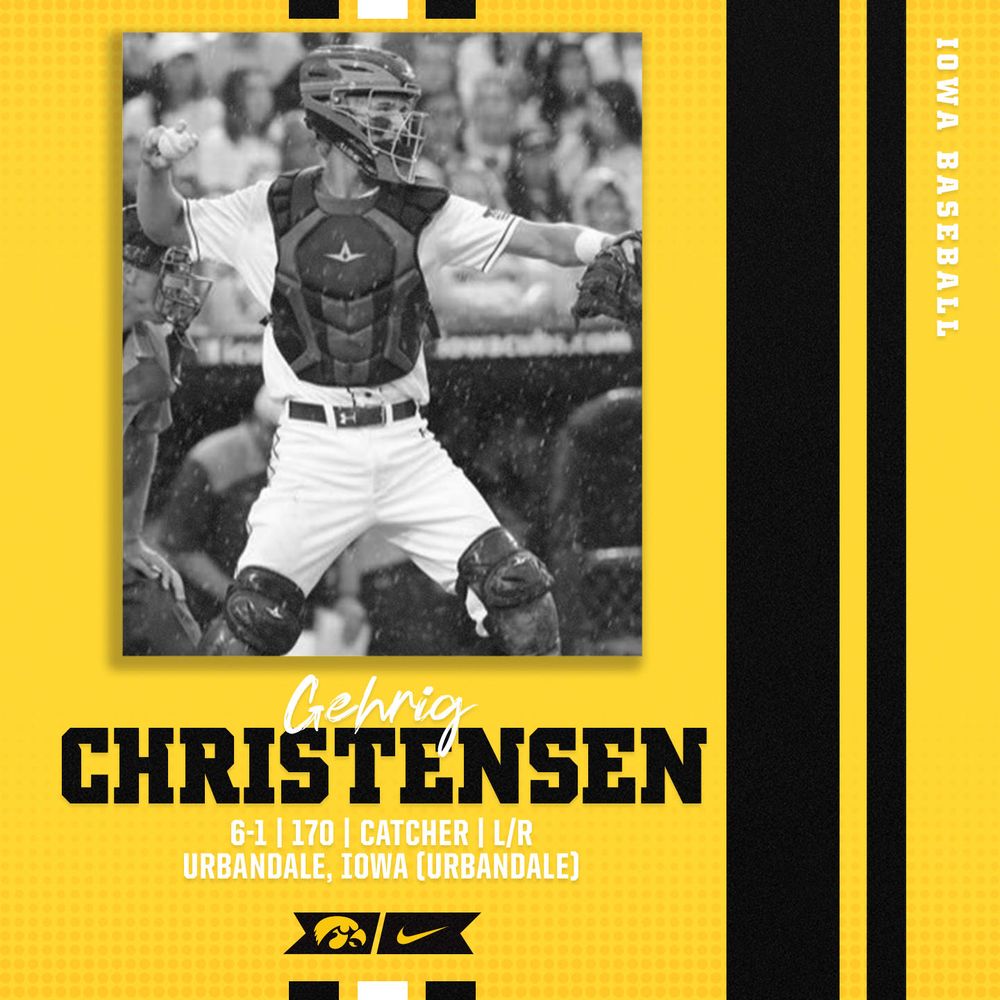 Coach Heller on Christensen
“Gehrig is an outstanding defensive catcher who throws extremely well. He is athletic, can run, and will bring a solid bat to the program. Gehrig has been on two state championship teams in his prep career at Urbandale. We are all looking forward to having Gehrig with us next fall.” 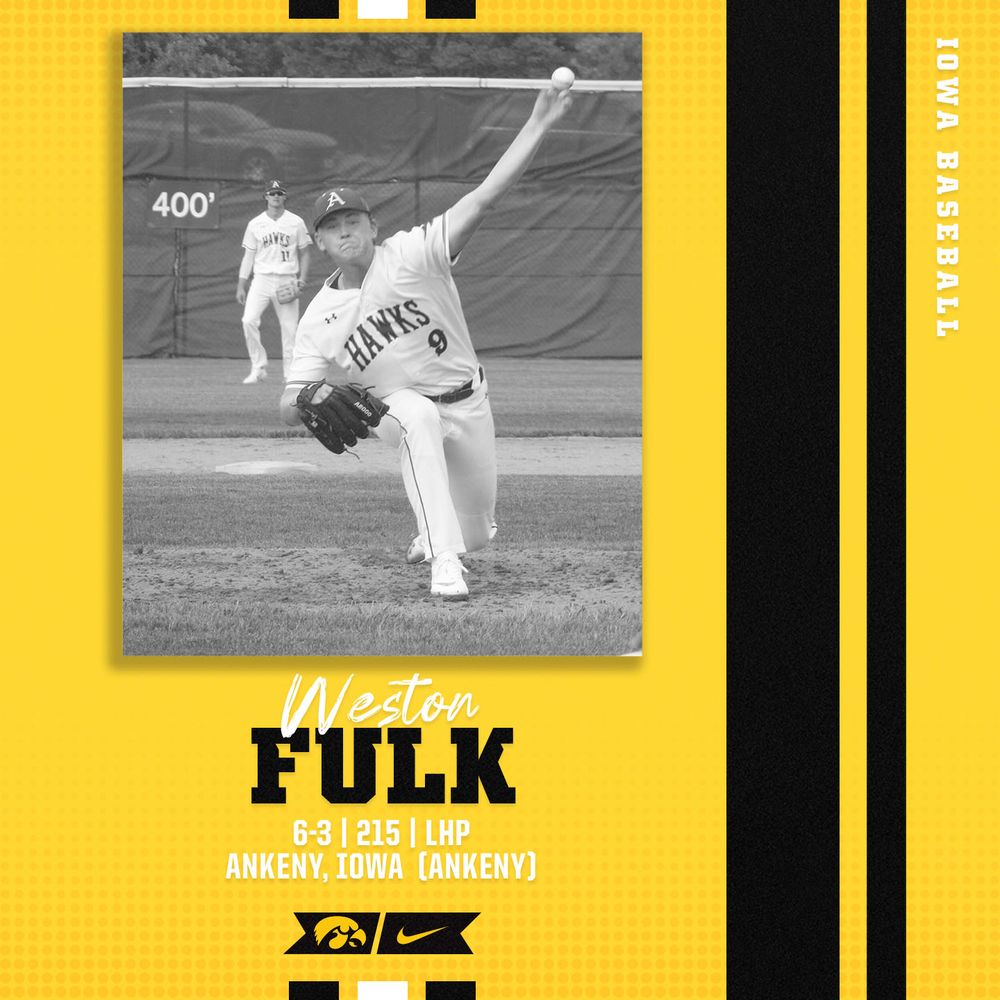 Coach Heller on Fulk
“Weston is big, strong upper 80s left-handed pitcher with a great deal of upside. He is a multi-sport athlete who is a three-year starter at tight end on Ankeny’s second-ranked football team. We are excited to have Weston in Iowa City next year.” 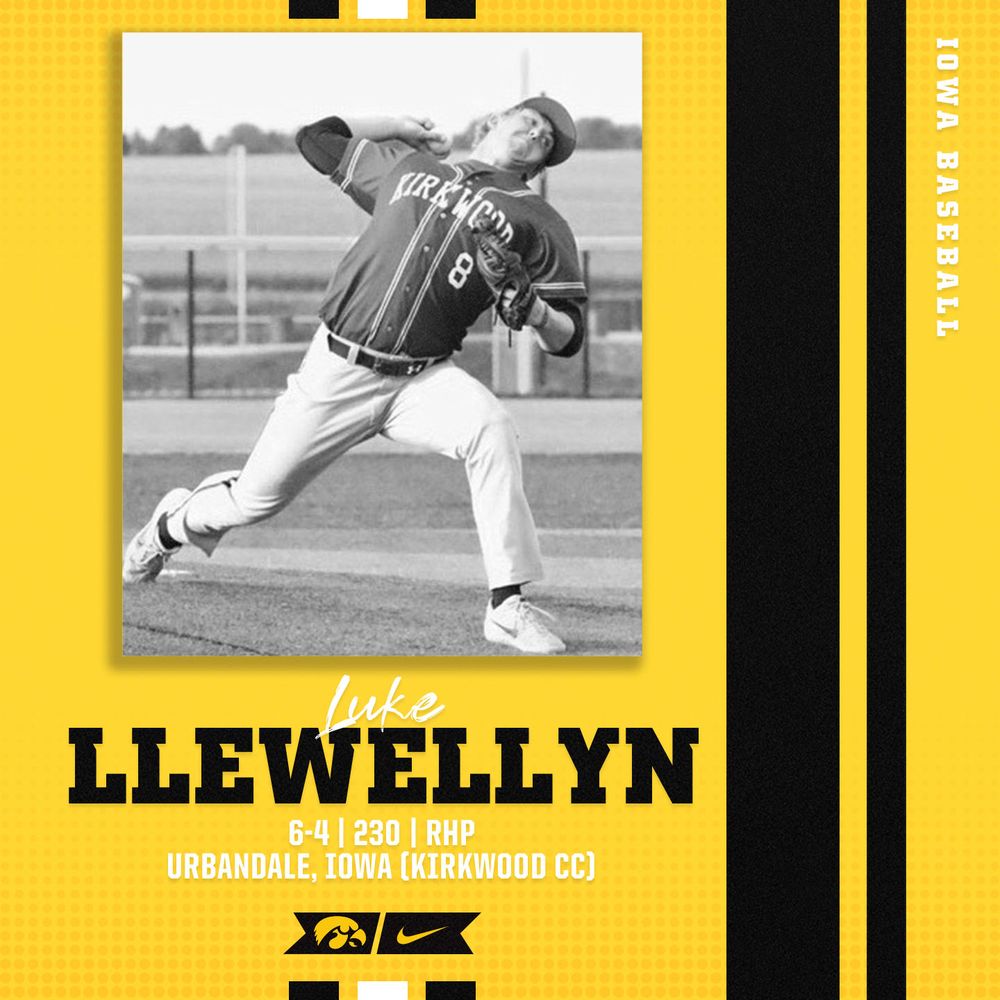 Coach Heller on Llewellyn
“Luke is a tough kid who really competes on the mound. He has shown great arm strength at Kirkwood (90-93) and has worked hard to add 30 pounds since he started college. Luke is an outstanding student and has an excellent work ethic. We are happy that Luke will be a Hawkeye.” 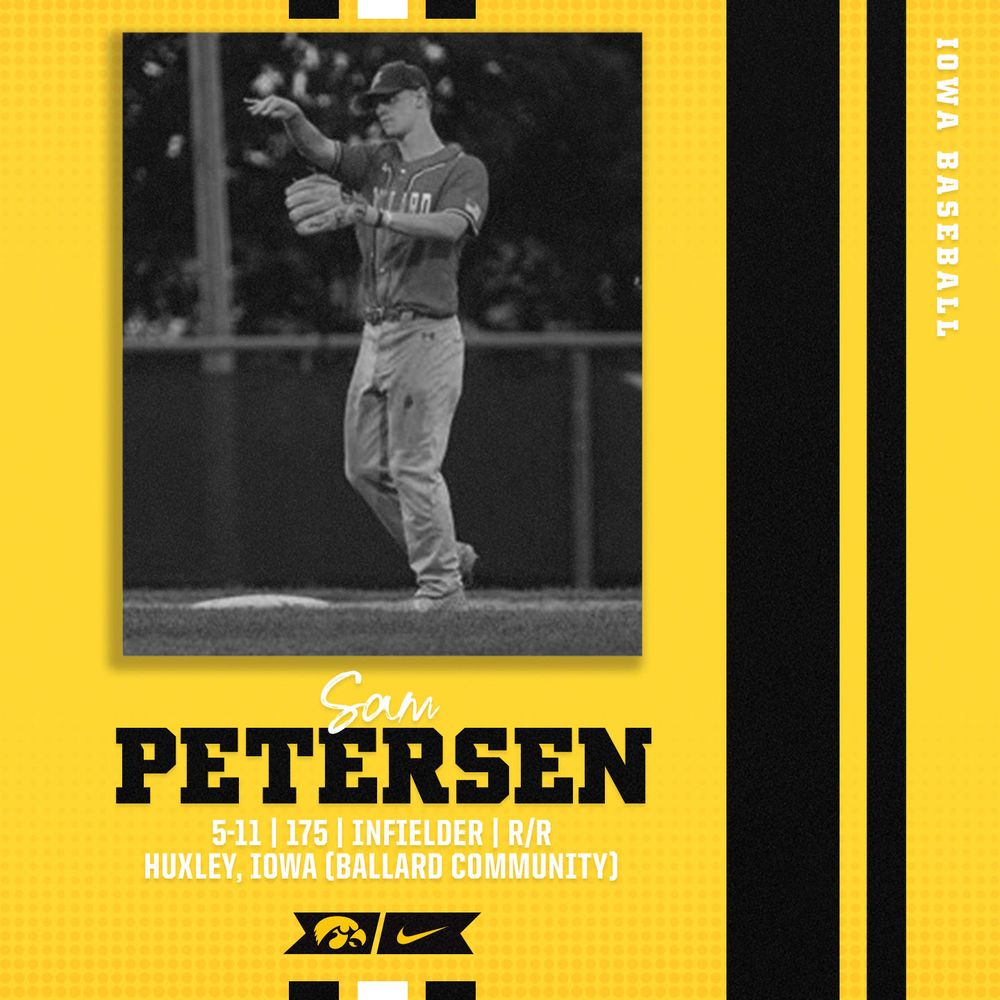 Coach Heller on Peterson
“Sam is a strong, fast, athletic infielder, who we believe will be a dynamic offensive player. He also plays football, basketball, and run’s track at Ballard. Sam is also an excellent student and we’re excited he will be a Hawkeye.” 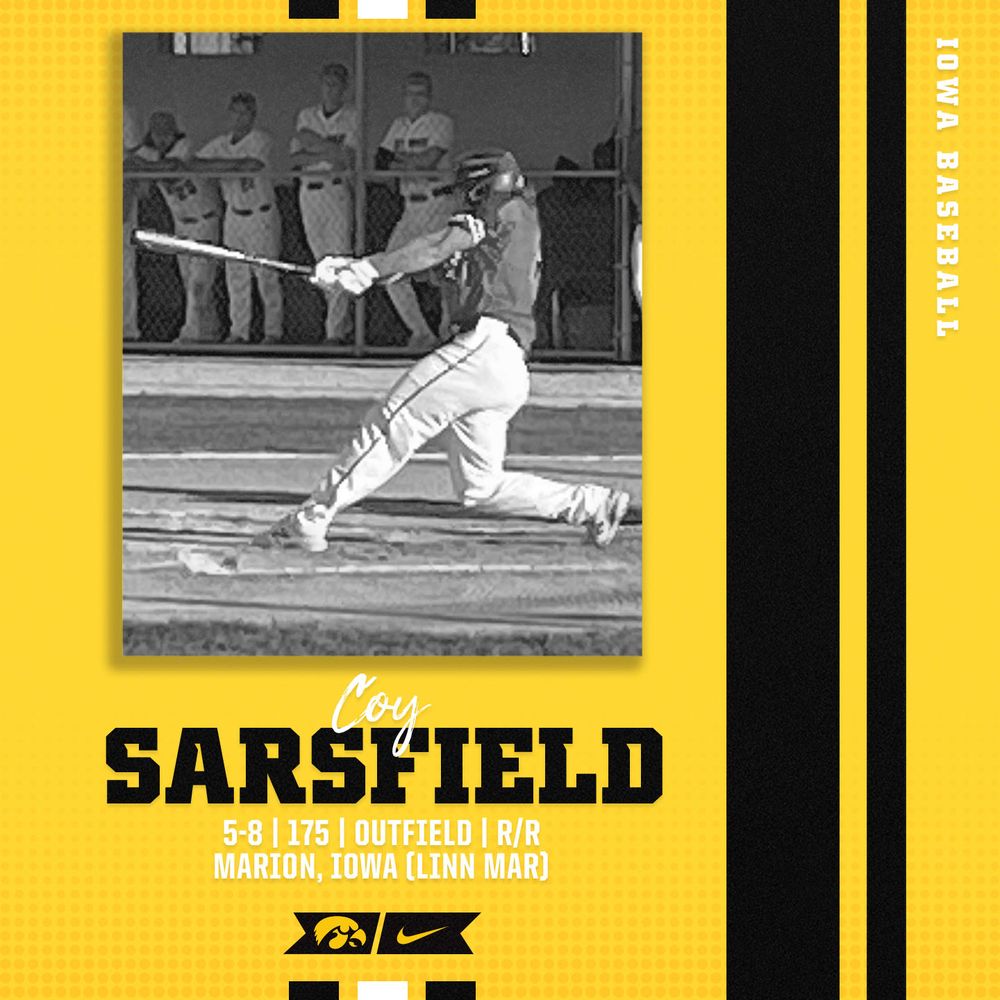 Coach Heller on Sarsfield
“Coy is a tough, gritty centerfielder that we are looking forward to working with. He is a plus runner, who also has some pop in his bat. We love Coy’s approach to the game and he is an excellent student. We are excited Coy will be a Hawkeye.” 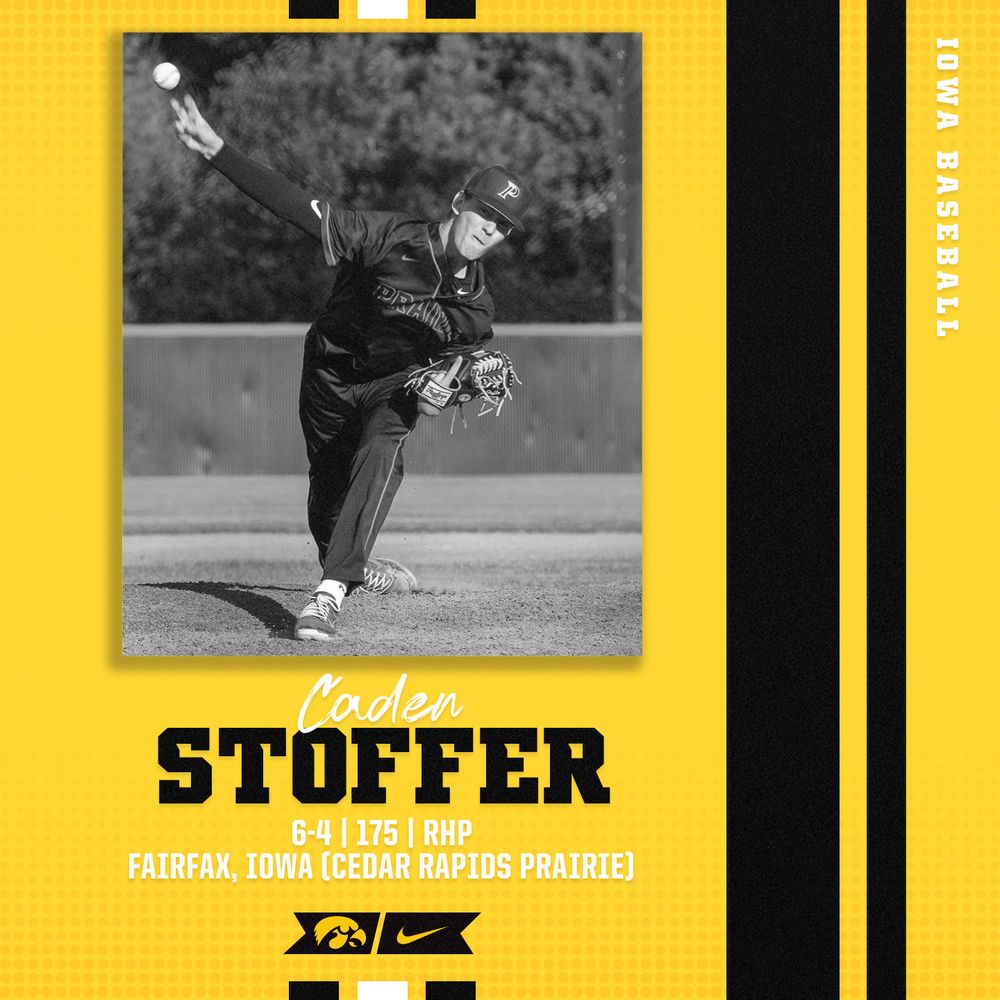 Coach Heller on Stoffer
“Caden is a lanky, upper 80s right-hander whose best days are ahead of him. He is an excellent athlete who also plays basketball at Cedar Rapids Prairie. We are excited that Caden will be coming to Iowa.” 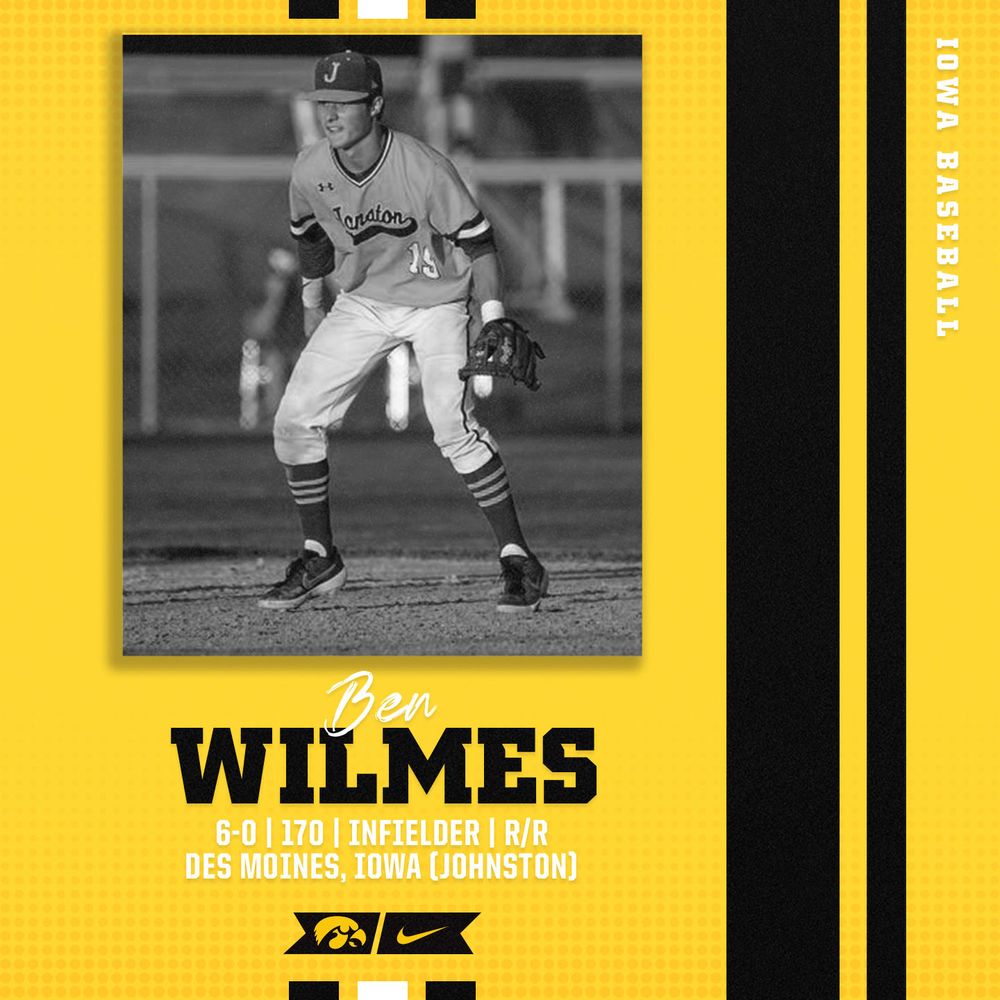 Coach Heller on Wilmes
“Ben is a great defensive shortstop and an excellent all-around player. He brings a lot of versatility to our program and we love how hard he plays. Ben is an outstanding student and we are happy Ben has chosen Iowa.” 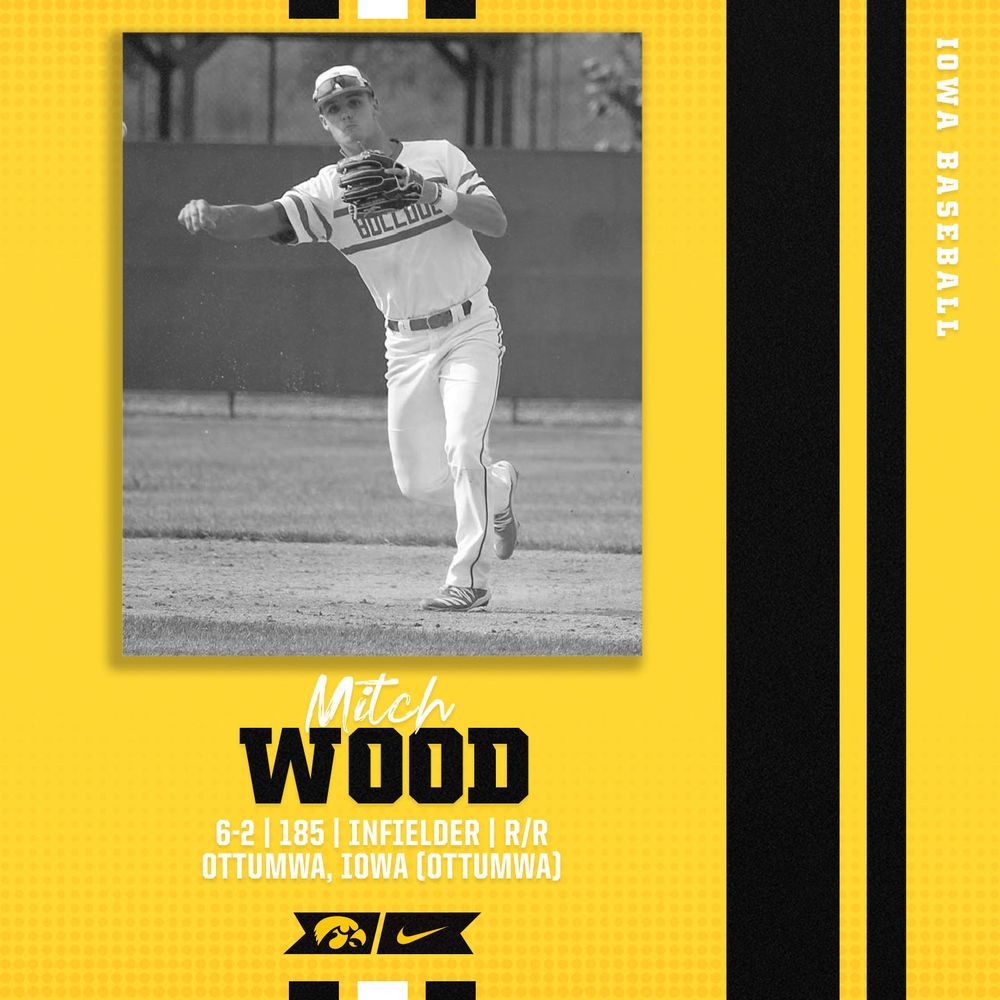 Coach Heller on Wood
“Mitch is a physical third baseman with a strong bat and throwing arm. We may also look at Mitch on the mound next fall. We love Mitch’s work ethic and are excited that he will be a Hawkeye.”