IOWA CITY, Iowa — When the 2020 season kicked off Oct. 24, University of Iowa head coach said a 4-2 record heading into December wasn’t what the Hawkeyes envisioned.

“Our goal at the start of the season wasn’t to be 4-2, but four weeks ago that was the best we could do,” Ferentz said Sunday. “I’m proud of what they’ve done the last four weeks.”

Iowa ran the table in the November, rolling past Michigan State, Minnesota, Penn State and most recently Nebraska. Against the Cornhuskers on Nov. 27, Iowa grabbed a 10-0 lead, then fell behind 20-13 early in the third quarter. It would have been easy for the Hawkeyes to hang their heads; instead, they showed grit and maturity to score the final 13 points and win, 26-20.

“The staff did a good job making adjustments, especially in the run game,” Ferentz said. “Little things were holding us back; our offensive guys came up with good suggestions and gave us a chance to get on track.”

Sophomore Tyler Goodson had 24 yards on 11 carries at halftime; in the second half he gained 87 yards on 19 attempts. 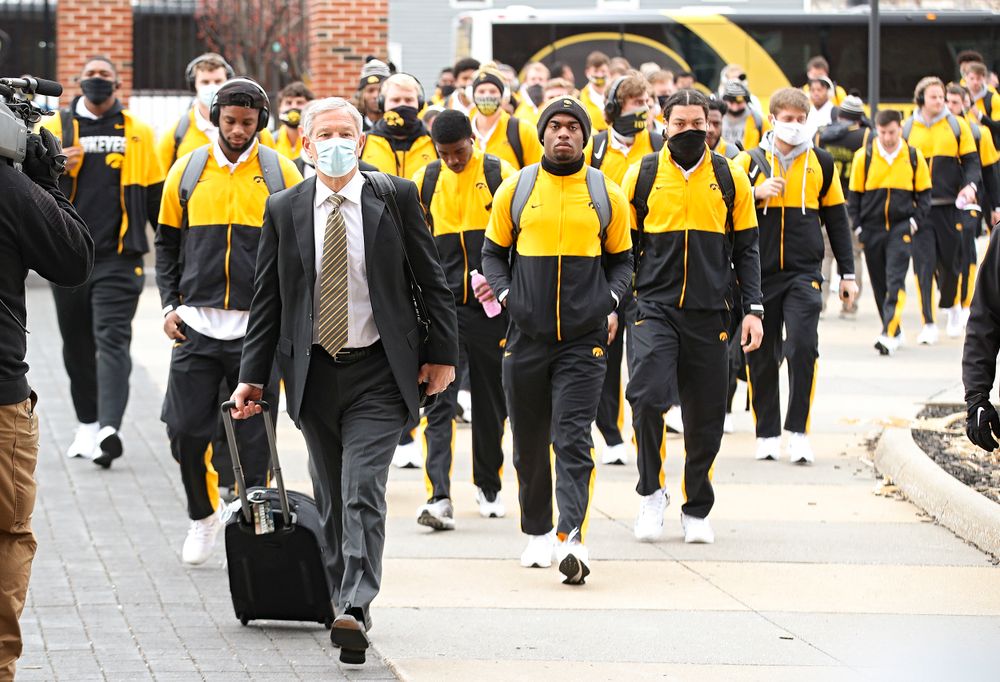 “Our goal at the start of the season wasn't to be 4-2, but four weeks ago that was the best we could do, I’m proud of what they've done the last four weeks.”

After Nebraska took the lead, Iowa’s defense held the Cornhuskers to a punt, punt, fumble, punt and fumble.

“After that first possession that Nebraska had (in the second half), we settled down and obviously shut them out the rest of the way,” Ferentz said. “The defense did a good job and came up huge on that last play.”

The last play was a sack and forced fumble by Chauncey Golston and a recovery by Zach VanValkenburg at Iowa’s 48-yard line.

Iowa has won six in a row in the series with the last three coming down to the wire. The Hawkeyes won by three points in 2018 and 2019 and by six this season.

“Three straight years it has been 60 minutes, 60 and 59,” Ferentz said. “They have been tight, competitive games, just like you would expect. I am proud of our guys for the way they fought and came out with the victory.”

Iowa travels to Illinois on Saturday for the 75th meeting between the Hawkeyes and Illini. Iowa has won the last six and 11 of the last 12 in the series. Kickoff is set for 2:30 p.m. (CT). 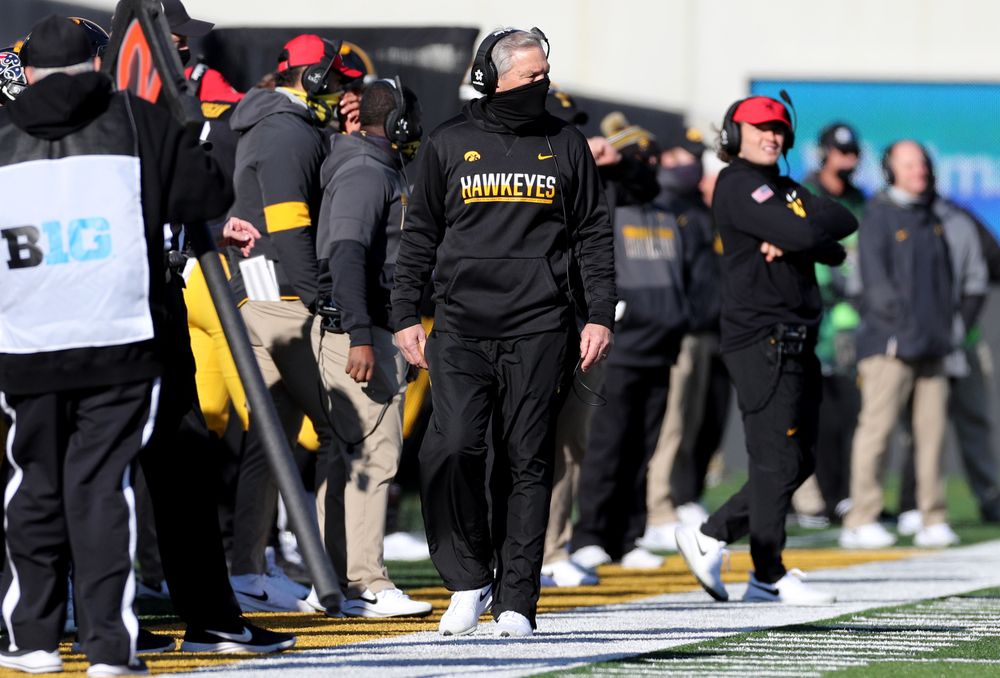