“What else can you ask for but to be in Kinnick one more time?” Iowa head coach Kirk Ferentz said Sunday. “Even though the fans aren’t there, it is still home, and to play a marquee program like Michigan is exciting for everybody.”

The last time the Wolverines came to town in 2016, they were ranked No. 2 in the nation. Keith Duncan, a freshman at the time, kicked a 33-yard field goal as time expired to give Iowa a 14-13 victory. 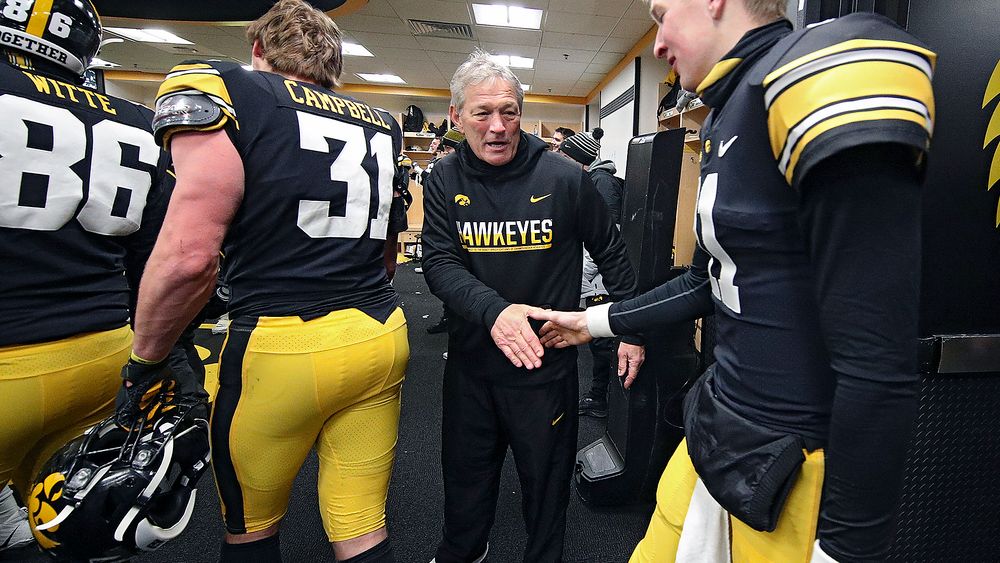 “What else can you ask for but to be in Kinnick one more time? Even though the fans aren’t there, it is still home, and to play a marquee program like Michigan is exciting for everybody.”

“It is another week of us being together, practicing and playing football, albeit during finals week,” Ferentz said. “I’m pleased for our guys and proud of what they have done all season, not just the last six weeks. Their hard work paid off and the big news is, we’re not done yet. We still have another game and then hopefully one more (bowl game) after that.”

Saturday’s senior day victory reminded Ferentz of the 2004 meeting between the Badgers and Hawkeyes. In that game (also at Kinnick Stadium), Iowa led 7-7, then scored 23 unanswered points with 16 coming in the second half. 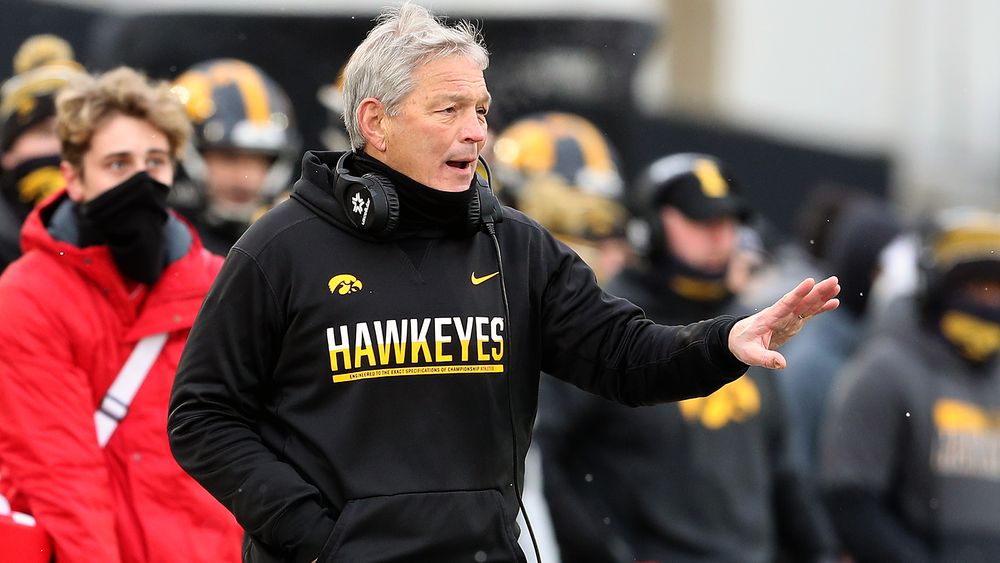 “It was the same thing, back and forth,” Ferentz said. “Then finally, in the fourth quarter, we’re able to kind of take control the football game.”

The win brought the Heartland Trophy back to the Stew and Lenore Hansen Football Performance Center, meaning the Hawkeyes retain all four of their traveling trophies (Cy-Hawk, Floyd of Rosedale, Heroes Game and Heartland).

“Ever since the pandemic we have come in the front door (of the Richard O. Jacobson Football Operations Building), so you get a chance to walk right by those trophies,” Ferentz said. “It was great to see and everybody in the program can be proud of that.”