IOWA CITY, Iowa — Trenton Wallace believed he could make an impact as a two-way player for the University of Iowa baseball team.

The outfielder/left-handed pitcher showed his potential during the coronavirus-shortened 15-game season in 2020. He went 1-0 with a 1.59 ERA on the mound and hit .529 with five RBIs at the plate. 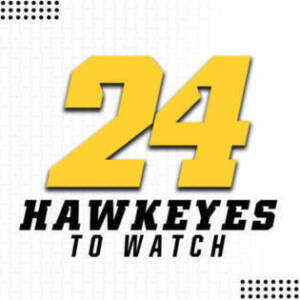 “He has always believed he could be an impact player as a dual guy and he has done that,” said Iowa head coach Rick Heller. “He has improved each year, gotten stronger and has an amazing work ethic.

“He does everything that is asked of him and more, and the culmination of his growth is being elected a team captain this spring.”

Wallace says it was his confidence that helped him turn the corner in 2020. At the beginning of the season, he couldn’t find his swing, but he stayed the course and was rewarded.

“Coach Heller always preaches that when you get your chance, you have to be ready to help the team,” said Wallace. “I stayed locked in and when I got my opportunity, I made the most of it and went in with confidence.

“Pitching-wise, I was in a better place and was back to normal. It was my first year starting off where I had been a whole year from surgery and I started feeling how I was in high school. I was back to normal and was able to put the ball where I wanted. When I gained that confidence, I got on a roll with it and kept pushing.” 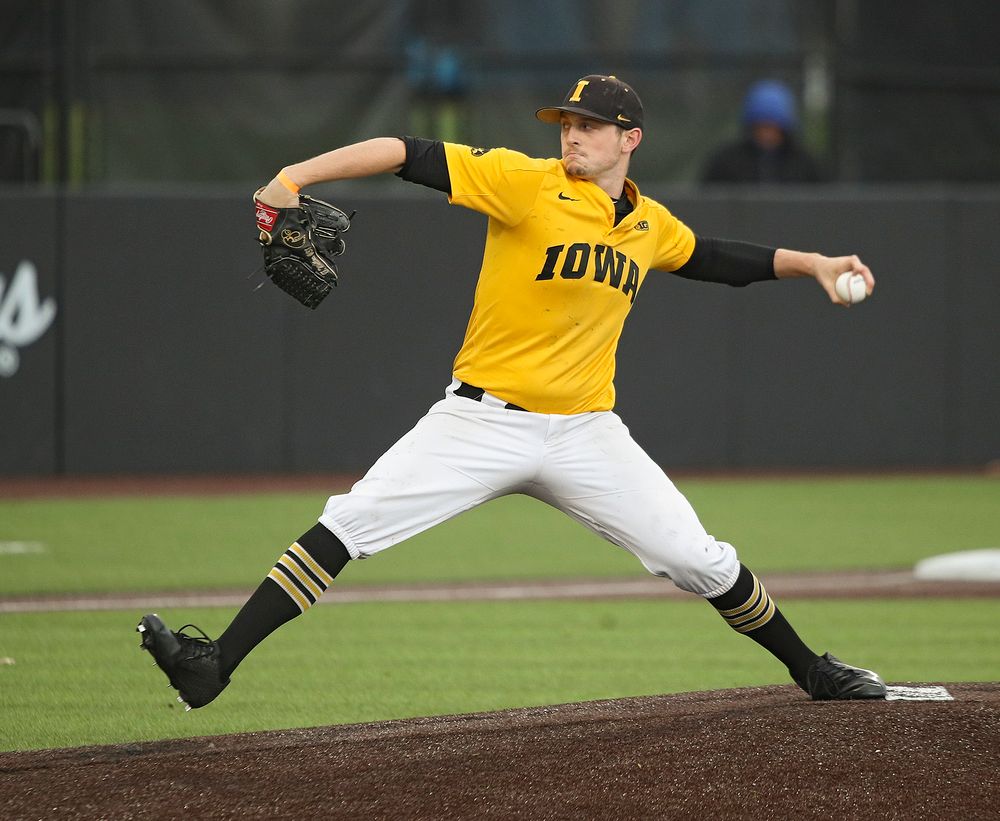 Wallace was born into baseball. His father, Greg, has been the head coach at Augustana (Illinois) College since 1998 (Trenton was born in 1999). Wallace grew up at the ballpark, attended daily practices and served as the Vikings’ bat boy, soaking up all aspects of the game.

“I had a front row seat to every game,” said Wallace. “I give a lot of credit to being around the Augustana baseball team when I was younger. Absorbing that information at a young age, I credit that to the baseball knowledge I have and I would say I have a high baseball IQ, being a coach’s kid and learning a lot from my dad about the ins-and-outs of the game.”

Wallace says his dad’s players helped him fall in love with the game.

“They were accepting and always played catch with me or let me hit whiffle balls off of them,” said Wallace. “They included me and that’s what drew me into the game of baseball at a young age, being able to learn and feel like you’re part of a team when you are 7-years-old.

“You fall in love with the game quicker when you see guys having fun and including you in it.”

Wallace started playing himself when he was 4 or 5. He played in his older brother’s coach-pitch league when he was 7, but he said that consisted of him standing out in the field talking to the umpire the entire game.

In high school, Wallace starred as a two-way player at Davenport (Iowa) Assumption High School. He was an Iowa High School Baseball Coaches Association All-State “Super” Team selection as a junior and senior and a two-time MAC Player of the Year. He went 11-0 with a 0.29 ERA as a senior with 112 strikeouts to 17 walks, while hitting .420 with 13 doubles, 34 runs and 33 RBIs.

When Wallace started considering collegiate options, his affinity for the Hawkeyes grew each time visited Iowa City. Each time he dug deeper into the program’s player development, the more impressed he became.

“I had a front row seat to every game. I give a lot of credit to being around the Augustana baseball team when I was younger. Absorbing that information at a young age, I credit that to the baseball knowledge I have and I would say I have a high baseball IQ, being a coach’s kid and learning a lot from my dad about the ins-and-outs of the game.”

“I was able to see guys like Tyler Peyton and Joel Booker come in and it was eye-opening to see how much they developed as people and players,” said Wallace. “That side of it and the ability to play to play both sides of the baseball was intriguing and that drew me closer to Iowa each time I visited.

“Finally on my last visit, there was a feeling that this was going to be home for me.”

Wallace went 1-0 with a 3.75 ERA as a midweek starter during his freshman season in 2018 before shutting it down the final month of the season because of injury. That led to arm surgery and rehab in the offseason and he returned to play in 13 games in the field and make 14 appearances on the mound in relief as a sophomore. He hit .220 with nine RBIs and went 1-1 with a 6.41 ERA.

This season, Wallace is projected as a starting outfielder, while also moving into the weekend rotation as one of the top two Hawkeye starting pitchers. There is a possibility Wallace will be a true “two-way guy” and hit for himself when he’s on the mound.

“If he can handle it and if his body can handle it, I would love if he could do that,” said Heller. “There is no question he is one of our best hitters.”

Wallace’s goals for the 2021 season are simple. He wants to give the team longevity by pitching deep into games and do his job to keep the lineup going to get the next Hawkeye to the plate.

And he wants to win. He wants to lead the Hawkeyes back to NCAA Regional play for the first time since 2017 – the season before he arrived on campus.

“This team is special and we just have to be ourselves,” he said. “This year everyone has been doing their part and having a big role. We need to be ourselves and stay humble. There is talk going around and we see where we’re expected to finish.

“This year, this team is different in that we don’t care what people think. We’re going to go out and do what we know we can do.”

And two-way Trenton will play a big part in that.