IOWA CITY, Iowa — The University of Iowa soccer team will face Illinois on April 8 in round one of the Big Ten Regional Weekend, the league office announced on Saturday following the conclusion of the regular season.

The event is a first for the conference, as schools aligned with the Big Ten West and Big Ten East football divisions will be pitted against each other in single elimination brackets. The four surviving teams will be selected to compete in the annually held Big Ten Tournament.

Illinois is the West Region two seed and Iowa is a seven seed. No. 3 Minnesota and No. 6 Nebraska are also in Iowa’s bracket. The top finisher will advance to the Big Ten Tournament on April 15, where winners will be re-seeded based on regular season results.

All bracket games will be hosted at Illinois’ Demirjian Park. 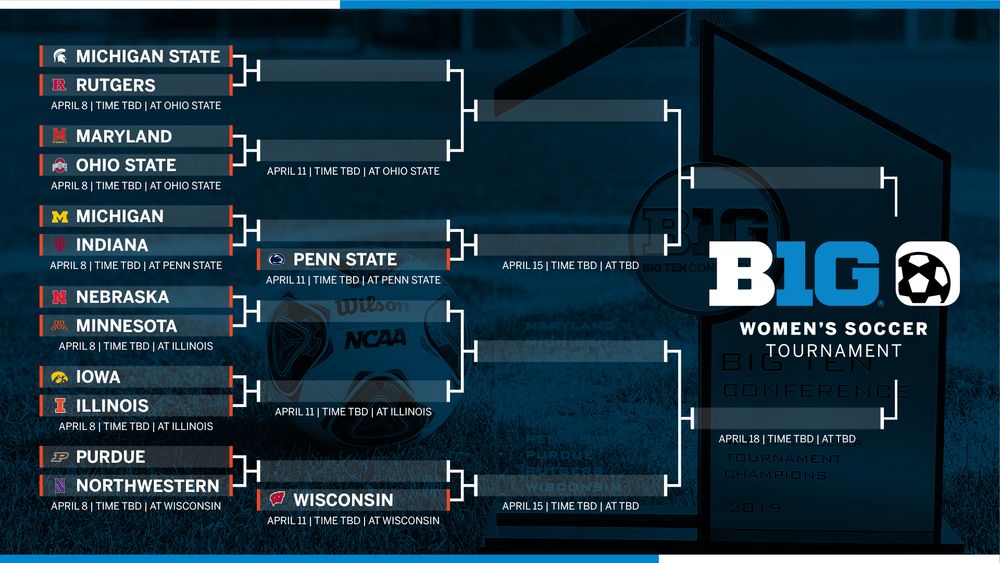 SCOUTING REPORT
The Hawkeyes and Fighting Illini played each other in Week 2 of the regular season, with Illinois coming away with a 3-0 victory. Iowa took 13 shots to the Illini’s nine, but Illinois goalkeeper Sami Sample came up with eight saves to seal the shutout.

Since then, Illinois has amassed a 6-4-1 record, including consecutive road wins over Michigan State and Northwestern to end the season.

Iowa has made gains as well since the teams last met. The Hawkeyes opened the year on a six-game scoring drought, but things have opened up offensively in recent weeks, with three different Hawkeyes finding the back of the net since March 18.

Iowa has also produced three shutouts since their first meeting with the Illini, which marked the only time the Hawkeye defense has allowed three scores this season.

LOOKING AHEAD
The winner of Thursday’s contest will move on to the regional final on Sunday, April 11, to play the winner of No. 3 Minnesota and No. 6 Nebraska.