THIS WEEK
The University of Iowa soccer team faces second-seeded Illinois in round one of the Big Ten Regional Weekend. The game will be played at Demirjian Park in Champaign, Illinois, beginning at 7 p.m. (CT).

THE FORMAT
The winner of Thursday’s contest will face the winner of a game between Minnesota and Nebraska. The bracket champion will qualify for the four-team Big Ten Tournament, starting April 15.

LAST GAME
Iowa closed out the regular season with a 1-0 loss at Nebraska on April 3. Nebraska’s Gwen Lane scored her first career goal in the 22nd minute for the only score of the day. The Hawkeyes put up a 22 shot attempts (compared to Nebraska’s nine) but were unable to find the net. 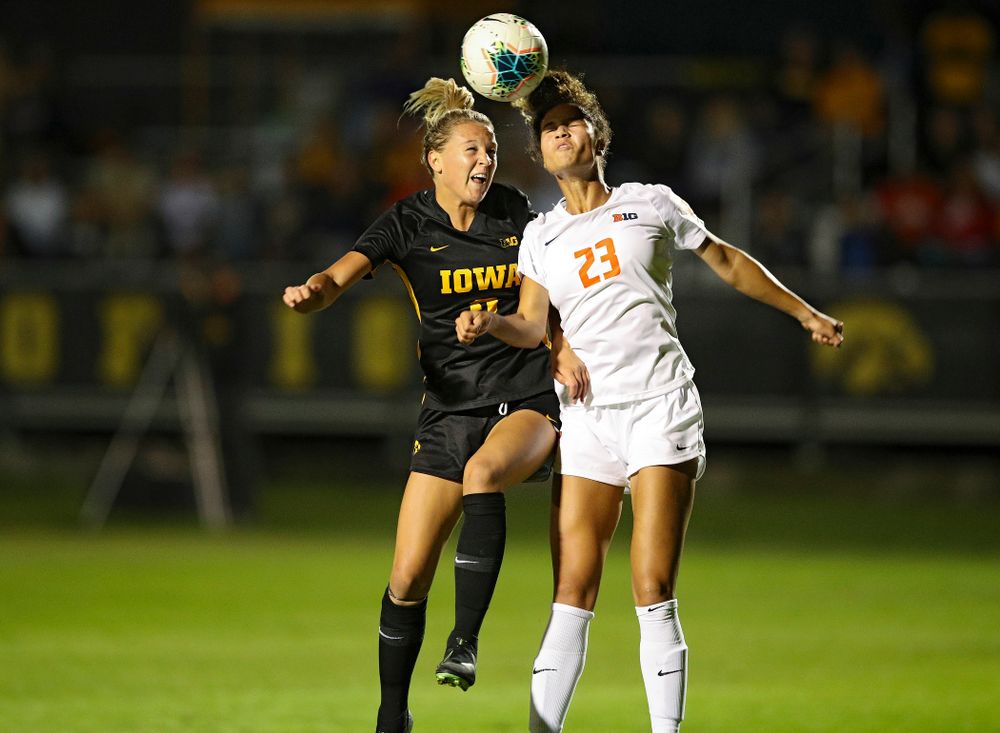 ENNEKING AT GOALKEEPER
Freshman goalkeeper Macy Enneking has given up just two goals in 412:03 minutes of game time this season, holding opponents to one score (2) or a shutout (2) in each of her four starts. The Hilliard, Ohio, native has notched 22 saves for a .917 save percentage.

LIMITING PENN STATE
The Hawkeyes held Big Ten regular-season champion Penn State to one goal on March 25 at the Iowa Soccer Complex.  It was the Nittany Lions’ lowest offensive output in a game this season.

FRESHMEN STRONG
Six Hawkeye freshmen — Aleisha Ganief, Meike Ingles, Rielee Fetty, Jalyn Mosley, Maggie Johnston, and Macy Enneking — have all started games this season.  Fetty has started a freshman-high 10 contests, while Johnston has started six games. Ingles and Ganief have each started eight contests and Mosley has been in the starting 11 three times before being injured in the win at Maryland. Enneking made her first collegiate start against the Terps.

GETTING CHANCES
The Hawkeyes out-shot their opponents in six of 11 regular season games, including the majority of their losses. Junior Hailey Rydberg (29) and freshman Meike Ingles (20) lead the way in shot attempts, taking 42 percent of the team’s shots.

SERIES HISTORY
Iowa is 9-15-1 all-time against Illinois. The Hawkeyes fell to the Fighting Illini, 3-0, early this year on Feb. 25.

LOOKING AHEAD
The winner of Thursday’s game will advance to the second round of the Big Ten Regional Weekend on Sunday, April 11, at Demirjian Park in Champaign, Illinois.