Doocy is ranked eighth in Iowa career pitching appearances (134) and tied for eighth in career complete games (75). She ranks sixth in career strikeouts (730) and is only the sixth Hawkeye to reach 700 strikeouts.

On May 2, she threw the 18th no hitter in program history.

Just a day after throwing her 700th career strikeout @allison_doocy13 has thrown the 18th no hitter in Iowa history! @NCAAsoftball #Hawkeyes #FightForIowa pic.twitter.com/rZaxmXmaYz

“Allison has forever left her mark on this program,” said head coach Renee Gillispie. “She has left her name all over the Iowa record books and is an all-around great teammate and leader. Allison exemplifies what it means to be an Iowa Hawkeye.”

Doocy is the first Hawkeye to receive NFCA second team All-Region honors since Megan Blank in 2014. 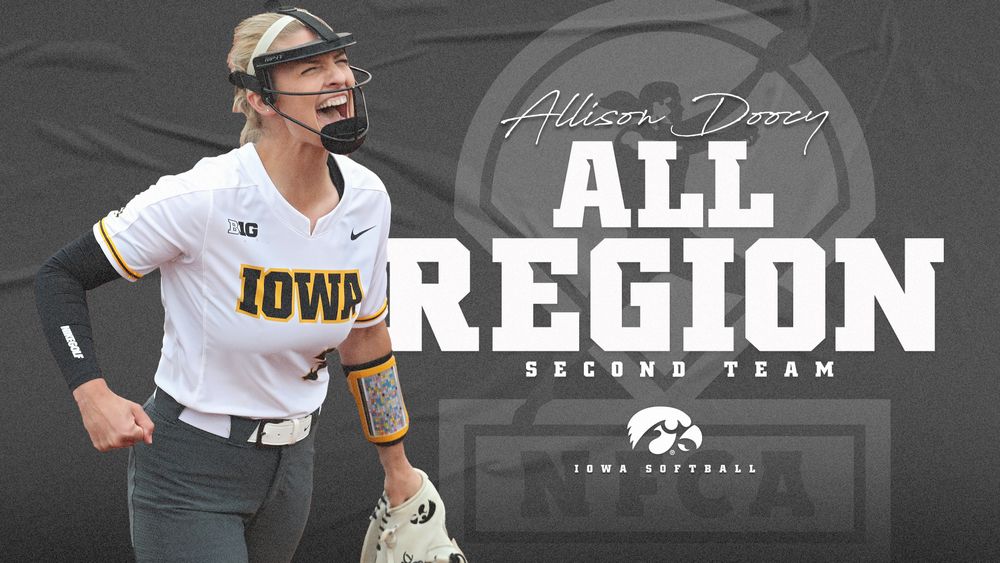