Williams to be Inducted into National Wrestling Hall of Fame

STILLWATER, Okla. – Three-time University of Iowa NCAA champion and four-time All-American Joe Williams will be inducted into the Class of 2023 for the National Wrestling Hall of Fame, it was announced Tuesday.

“This coming year’s class of inductees exemplify virtuous leadership as competitors and stewards while also being exceptional sources of inspiration for the sport of wrestling’s past, present and future generations,” said Lee Roy Smith, Executive Director of the National Wrestling Hall of Fame. “We are proud to honor their accomplishments by enshrining them in the National Wrestling Hall of Fame during Honors Weekend this coming June.”

The induction ceremony will be held at the 46th Honors Weekend on June 2-3, 2023, in Stillwater, Oklahoma. 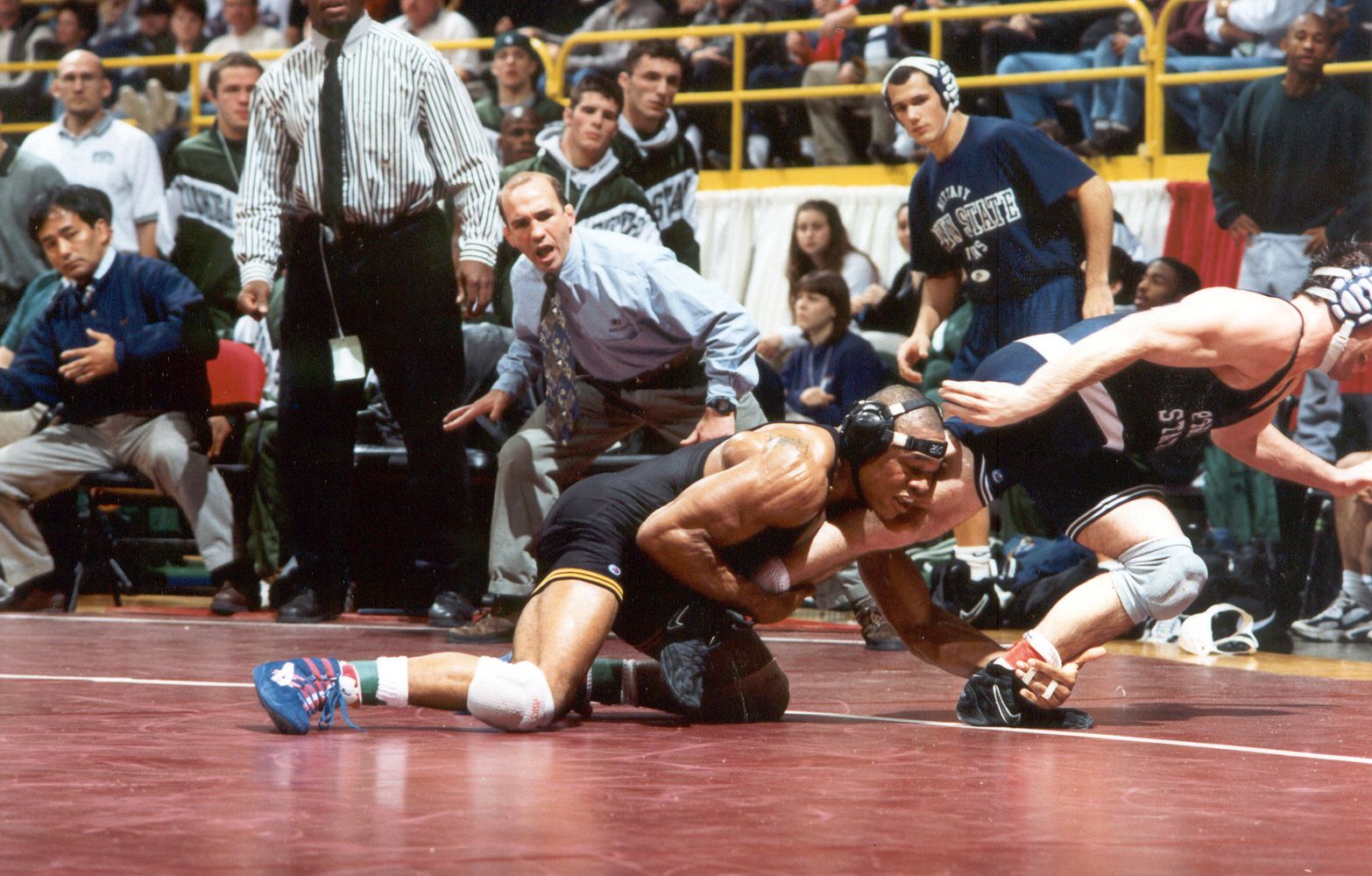 Distinguished Members can be a wrestler who has achieved extraordinary success in national and/or international competition; a coach who has demonstrated great leadership in the profession and who has compiled an outstanding record; or a contributor whose long-term activities have substantially enhanced the development and advancement of the sport. Wrestlers must have been retired from active competition for a period of five years to be eligible for consideration as a Distinguished Member

Along with winning three NCAA titles and earning four All-America honors, Williams finished his Iowa career with a 129-9 overall record, while helping the Hawkeyes win back-to-back NCAA team titles in 1996 and 1997. He was named Outstanding Wrestler at the NCAA Tournament in 1998.

Williams finished fifth at the 2004 Olympics and competed in six World Championships, winning bronze medals in 2001 and 2005, while placing fourth in 1999 and fifth in 2007. He won gold medals at the Pan American Championships in 1999 and 2003 and was a four-time World Cup champion. He is a 10-time National Freestyle champion and a six-time U.S. Senior National Freestyle champion.

Before joining the Hawkeyes, Williams was a four-time Illinois state high school champion for Mount Carmel High School, wrestling for Bill Weick, a Distinguished Member of the Hall of Fame. Williams had a career record of 162-1 with 95 career falls. His only loss was a disqualification, resulting from an illegal slam, as a freshman. Williams was named Chicago Tribune’s Illinois High School Athlete of the Year in 1992 and 1993.