ON THE MAT
The second-ranked University of Iowa wrestling team opens the 2022-23 season Sunday, hosting California Baptist at 1 p.m. (CT) on Mediacom Mat inside Carver-Hawkeye Arena.  The dual is sold out.
• The Hawkeyes will also send wrestlers to the Luther Open on Saturday in Decorah, Iowa. Action begins at 9 a.m. at Regents Center Gymnasium.

FOLLOW ALONG LIVE
• Sunday’s dual will be streamed on B1G+ — a paid subscription service.  Former Hawkeyes Kaleb Young and Alex Marinelli will be on the call.
• Iowa wrestling events are broadcast by KXIC and streamed on hawkeyesports.com via YouTube. Steven Grace and Mark Ironside will call the action for Hawkeye Sports Properties, a property of Learfield.
• Follow Iowa wrestling on social media via Twitter (@Hawks_Wrestling), Facebook/iowahawkeyewrestling and Instagram (@iowahawkeyewrestling). 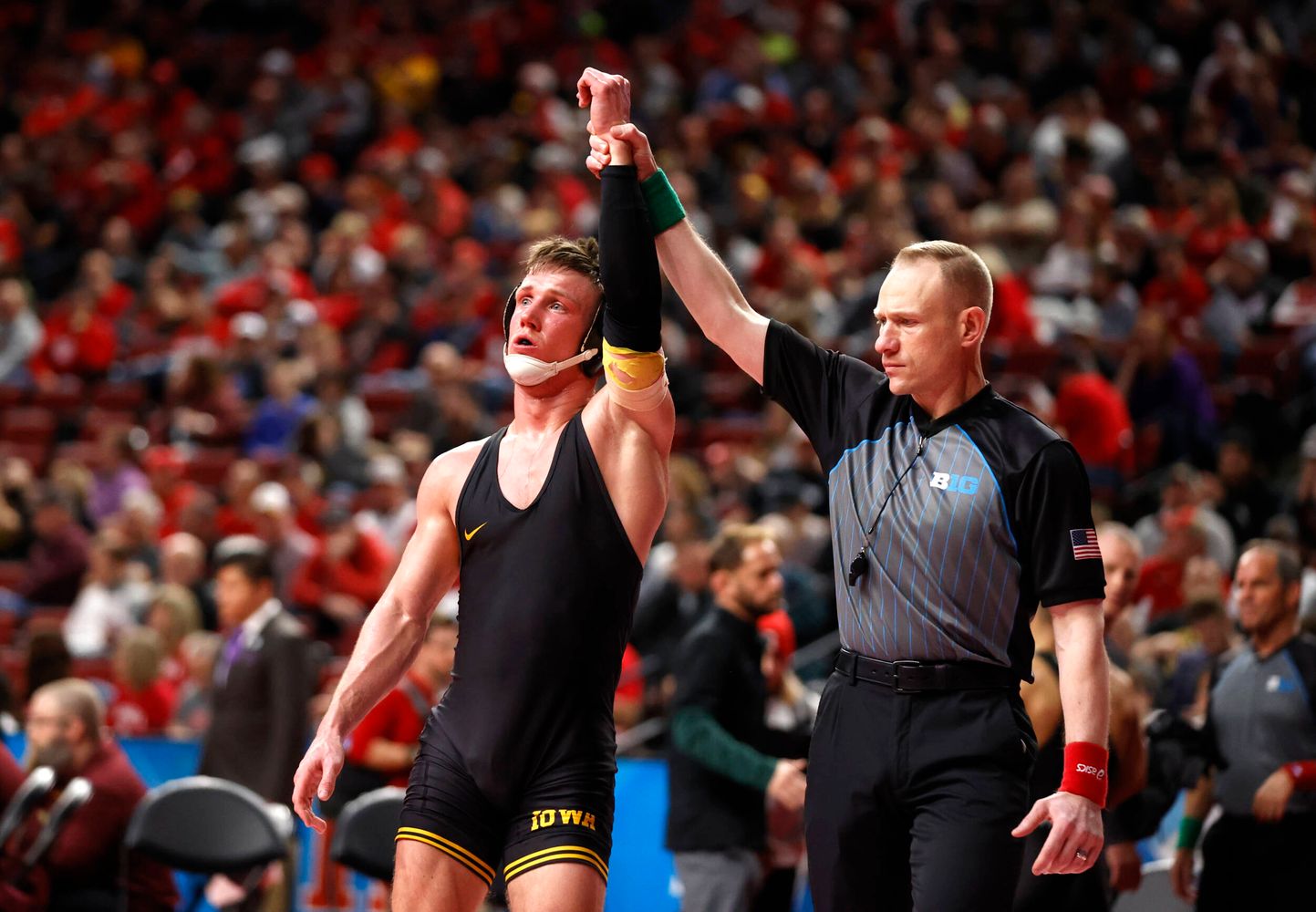 NWCA ALL-STAR CLASSIC RETURNS
Three Hawkeyes — Real Woods, Jacob Warner and Tony Cassioppi wil compete at the 2022 NWCA All-Star Classic on Nov. 22 in Austin, Texas. The event will be held at FloWrestling and begin at 7 p.m. (CT).
• The NWCA All-Star meet is an exhibition event and the results do not count on any wrestlers NCAA record form or toward the season’s RPI.
• Woods will face Pittsburgh’s Cole Matthews. Matthews is ranked No. 1 and Woods No. 2 in the national rankings at 141 pounds.
• Warner will square off against Wyoming’s Stephen Buchanan at 197 pounds in a rematch of last season’s NCAA semifinal bout — a 6-4 Warner win.
• Cassioppi will face Penn State’s Greg Kerkvliet for the fourth time in his career. Cassioppi is 3-0 all-time against the Nittany Lion heavyweight.

UP NEXT
The Hawkeyes will travel to New York for three duals next week. Iowa will face Army on Nov. 17 in West Point before squaring off against Albany and Buffalo as part of the Arm Bar at the Armory in Albany. All three duals will be streamed live on FLOWrestling.