IOWA CITY, Iowa – Fifth-year senior Spencer Lee has been named the Big Ten Wrestler of the Week, it was announced Tuesday by the league office. It is Lee’s second honor this season and the sixth of his career.

The Murrysville, Pennsylvania, native earned the distinction after posting back-to-back falls in dual wins over No. 11 Nebraska and No. 16 Wisconsin. Lee pinned the Huskers’ third-ranked Liam Cronin in 38 seconds and No. 4 Eric Barnett in 4:38.

The falls were Lee’s fifth and sixth consecutive pins this season – a career long streak. His last four falls have come against wrestlers ranked in the top 10 nationally. Lee’s 38-second pin over Cronin was tied for the third-fastest of his collegiate career and it was his 10th career fall in under one minute and 27th first-period fall. 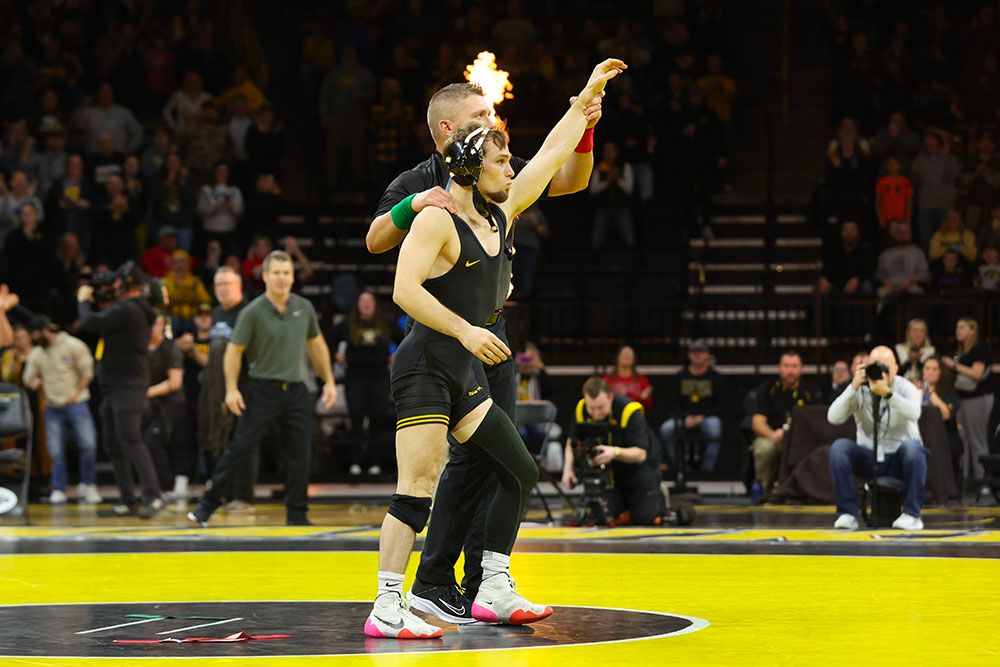 Lee is 10-0 with 10 bonus-point victories this season and he is currently riding a 48-match winning streak dating back to the 2019 season. It is the ninth-longest streak in program history.

Lee was previously named the Big Ten Co-Wrestler of the Week on Jan. 11. He also earned the distinction once during the 2017-18 season, twice during the 2020-21 campaign and once last season.

Iowa has had three weekly honorees this season as Cobe Siebrecht was named the Big Ten Wrestler of the Week on Nov. 30.

The second-ranked Hawkeyes return to action Friday, traveling to Happy Valley to face top-ranked Penn State at 7:30 p.m. (CT) from the Bryce Jordan Center. The dual will be televised live on BTN.