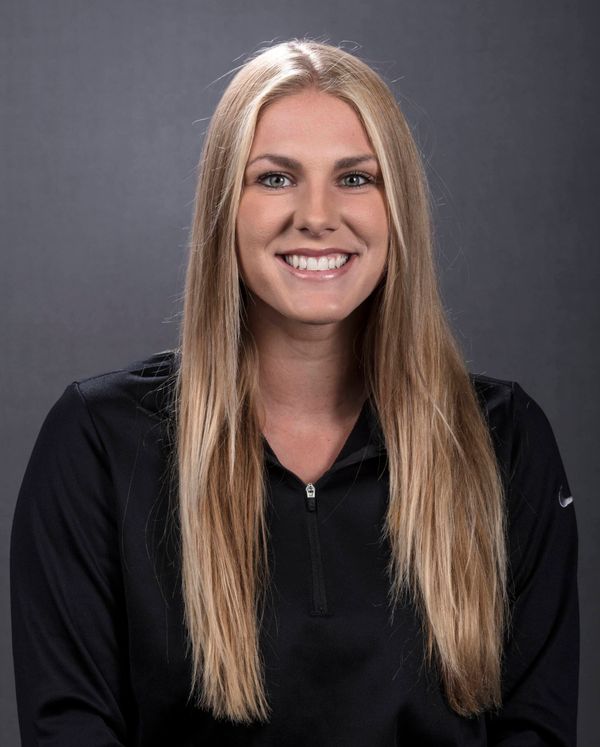 2017 as a junior… Played and started at center field in 50 games… recorded 30 hits with seven doubles and three home runs… tallied 15 RBIs… scored 19 runs, had one sacrifice fly, registered two sacrifice bunts, and stole two bases… had a hit and scored a run against Northwestern on May 7… was 2-for-5 with an RBI in win over Northwestern on May 6… tallied a hit and a run in win at Ohio State on April 30… was 1-for-2 with a double and a run at Ohio State on April 28… recorded hits in each game of the series against Rutgers (April 14-15)… registered an RBI in win over Rutgers on April 14… had an RBI in win over Nebraska (G2) on April 12… had a double in win over Nebraska (G1) on April 12… scored a run at Northern Iowa on April 11… went 3-for-4 with a double, a run, and an RBI in win at Wisconsin on April 8… had a double, scored a run and had two RBIs at Purdue on April 2… was 2-for-4 with a double and two runs scored on April 1… scored a run in game one against Illinois on March 26… was 2-for-4 with a run scored and an RBI in game two against Illinois on March 26… went 2-for-3 with a home run, two runs scored and an RBI against Valparaiso on March 17… scored one run at Kansas on March 12… went 1-for-3 with an RBI against Drake on March 12… went 1-for-3 with a double against No. 23 California on March 4… tied a season-high two runs against No. 20 Arizona State on March 4… went 1-for-2 against No. 7 Washington on March 3… tallied three hits in four at-bats against Fresno State on March 2… registered two runs, a double, and one RBI against the Bulldogs… went 1-for-3 with second home run of the season on Feb. 19 at Georgia Tech… was 1-for-3 against Virginia Tech on Feb. 18… tallied a two-run home run against Texas A&M Corpus Christi on Feb. 10… recorded three putouts at Texas State on Feb. 11… amassed one hit and one RBI against Abilene Christian on Feb. 10.

2016 as a Sophomore… Appeared in 24 games and started 18… played primarily right field… amassed 14 hits and eight runs in 53 at-bats … was a perfect 3-3 in stolen bases… registered 11 RBI… defensively, chipped in 14 putouts and one assist… had zero errors for a perfect 1.000 fielding percentage… racked up nine hits and four runs in league play… recorded a double and two home runs for a .762 slugging percentage in Big Ten action… was 2-2 in stolen bases during conference play… chipped in eight putouts in league action… appeared as a pinch hitter against IUPUI on Feb. 19 and Indiana State on Feb. 21… walked three times and scored a run in Iowa’s 11-0 win over Georgia Southern on Feb. 26… registered an RBI single, stole a base, and scored a run against Coastal Carolina on Feb. 27… walked and scored a run against Tulsa on March 5… registered an RBI single against Tulsa on March 6… went 2-for-4 with two singles and two runs scored against Lamar on March 6… entered the game in the sixth inning and registered an RBI single in Iowa’s 4-0 win over Hawaii on March 19… went 2-for-3 with a pair of singles, an RBI, and a run scored at Indiana on March 27… hit .556 in three games against Purdue from April 1-3… registered five hits in nine at bats… went 2-for-3 with a pair of singles and an RBI against Purdue on April 2… went 2-for-3 with home runs in back-to-back at bats against Purdue on April 3… tied career high with two home runs in a single game, and plated five runs in Iowa’s 10-3 win… singled, stole a base, and registered a game-tying two-run double against Nebraska on April 6.

2015 as a Freshman…Played in 56 games with 51 starts… started 50 games in right field and once as the team’s designated player… recorded her first career extra base hit against Hofstra… plated a career-high two RBIs against Hofstra… scored two runs in Iowa’s 12-4 win at Northern Iowa… plated her first career RBI in Iowa’s 2-0 win over Southern Utah… hit her first career home run in Iowa’s 11-2 loss to San Jose State… recorded a career high three hits and scored two runs in Iowa’s 12-11 win over Cal State Fullerton… matched her career-high of two RBIs in consecutive games against Maryland on March 20-21… went 1-for-3 with a run scored against Maryland on March 20… hit the second home run of her career in a 1-for-2 performance on March 21 with a walk… went 1-for-4 with a home run and a career high three RBIs against Nebraska on March 25… recorded a 1-for-3 performance in game one of the Michigan series… put together a multiple hit performance (2-for-4) in Iowa’s win over Michigan in game three of the series… hit her 4th homerun of her career, drove in two runs, and scored once in the Hawkeyes’ ranked win over the Wolverines… put together a multiple hit performance (2-for-3) at Drake on April 1… went 1-for-4 with a walk against Western Illinois on April 2… recorded a pinch hit single in Iowa’s 16-4 run-rule victory over Wisconsin on April 10… registered her fifth career home run against Purdue on April 18. … went 2-for-3 with a walk, double, and two RBIs against Northwestern on May 2… plated a career high six RBIs on a 2-for-4 performance at the plate against Northwestern on May 3… notched her first career grand slam and a two-run home run against Northwestern on May 3… registered her seventh double of the season against Nebraska in the Big Ten Tournament semifinals on May 9… went 1-for-3 with double, walk, and three RBIs… letterwinner.