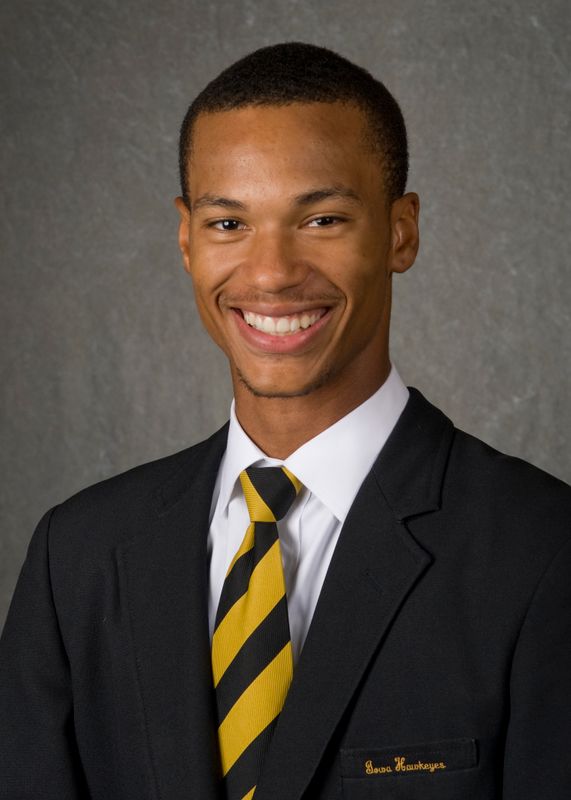 Hawk Item — Selected in the seventh round of the 2015 Major League Baseball First-Year Player Draft by the Chicago White Sox with the 202nd pick… selected out of high school in 2012 in the 20th round (614th pick) by the Chicago Cubs.

2015 Honors — Louisville Slugger Third-team All-American — Iowa’s first All-American since 1999… ABCA second-team All-Midwest Region honoree… first-team All-Big Ten — the first Iowa starting pitcher to earn first team honors since 2004… also second-team All-Big Ten by College Sports Madness… 2015 — Went 9-2 with a 3.18 ERA in 16 starts with 52 strikeouts to 42 walks… nine wins were tied for fifth-most in the Big Ten, are the most by a Hawkeye since 2005, and are tied for the fourth-most in a single season in Iowa history… limited hitters to a .215 batting average against — sixth-best in Big Ten… threw 84 1/3 innings, tied for the 13th-most in the Big Ten… pitched at least six innings in eight starts… had six quality starts… tied for Big Ten lead with seven wins, going 7-0 with a 2.45 ERA with 26 strikeouts in Big Ten play… held Big Ten hitters to a .187 average (fourth-best in league) and tied for the seventh-best ERA… tallied win No. 9 at Rutgers, tossing five shutout innings and allowing just two hits… picked up his eighth win, allowing one run on five hits over six innings against Minnesota (5/9), fanning five… notched his fifth straight win, allowing two runs on three hits over 5 2/3 innings against No. 25 Nebraska (4/25)… tallied his fourth-straight win (sixth overall), throwing seven innings of six-hit ball, fanning three, against Northwestern (4/18)… tallied his fifth win, tossing 6 2/3 innings of three-hit, one run ball in a 3-1 win at No. 16 Maryland (4/11), fanning three to one walk… had a perfect game through four innings and a no-hitter through 6 2/3… recorded his fourth win at Purdue (4/4), allowing four runs on five hits over seven innings and fanning four… notched his third win, scattering three hits and allowing one run in a career-high eight innings in a 5-1 victory over No. 19 Indiana… had six strikeouts to three walks… posted back-to-back quality starts in wins over Cincinnati (2/28) and Middle Tennessee (3/7)… allowed one unearned run on four hits over six innings in a 6-1 win at Middle Tennessee… hurled six innings, was perfect through three, striking out 7-of-10 batters to start game and had a no-hitter through six innings vs. Cincinnati, tying a career-high with nine strikeouts.

Summer 2014 — Pitched in the Cape Cod League for the Hyannis Harbor Hawks… went 3-4 with a 4.91 ERA in nine starts. 2014 — Started the season as a two-way player before transitioning solely to the mound… went 2-2 with 3.93 ERA in 17 appearances (five starts), allowing 15 earned runs in 34 1/3 innings… hit .217 (13-of-60) with 15 runs, 14 RBIs and three home runs at the plate… threw five innings of three-hit, one-run ball in a Big Ten Tournament start against Minnesota… made his first career Big Ten start against Illinois, tossing a career-best 5 1/3 innings, striking out nine, while allowing three runs (5/9)… struck out 5-of-6 batters to start the game and held Illinois hitless through 4 1/3 innings… threw two scoreless innings against Ohio State (5/5), striking out two… pitched four scoreless innings against South Dakota State (4/25), striking out eight… threw 1 2/3 innings against Minnesota (4/19), allowing no runs… made second start against Western Illinois throwing three innings allowing no runs and striking out three… made his first career start against Kansas (4/8), striking out three in 2 1/3 innings… made his final appearance as a catcher April 7 against Indiana… struck out three batters in 1 1/3 innings in relief against Michigan (3/30)… posted his second victory of the season against Nebraska (3/21), tossing one scoreless inning in relief… threw 2 1/3 scoreless innings total in two appearances against Nebraska (3/21, 3/23)… pitched one inning against Kansas State (3/9) allowing no runs and striking out one… recorded his first career win, throwing 2/3 inning in relief against Maine (3/1), allowing two hits and a walk while allowing no earned runs… connected on his third home run, going 2-for-5 with two runs and two RBIs in a 9-4 win over Mississippi Valley State (2/21)… made his first career relief appearance at Austin Peay (2/16), throwing one inning, striking out one in the finale… hit .364 with seven RBIs, five runs and two home runs in the season-opening series at Austin Peay… went 1-for-4 with a grand slam in Iowa’s 11-5 victory in game one, went 2-for-5 with three runs and two RBIs in game two, and hit a pinch-hit solo home run in the series finale… named No. 51 on the list of top-100 sophomores in the country by Perfect Game.

2013 — Started 29 games (25 at first base, four at catcher)… one of seven true freshman to see playing time… ended season with a season-high seven-game reached base streak… had a season-best five-game hitting streak from March 2-10… hit .542 (13-of-24) when leading off an inning… started 2-of-3 games at Michigan, going 2-of-4 at the plate… collected two hits in seven at-bats with two runs scored against Minnesota (April 26-28)… went 2-for-5 with two RBIs in series opener at Penn State on April 20, tying career-bests in hits and RBIs… played in 2-of-3 games against Nebraska (April 5-6), starting the series finale… went 3-for-5 (.600) against the Cornhuskers, including a 2-for-4 effort in the series finale… collected hits in all three games and batted .385 (5-of-13) with five runs scored and two RBIs at the Snowbird Classic (March 8-10)… closed the weekend with a 2-for-5 performance vs. West Virginia (March 10), delivering the game-winning two-run single in the top of the 12th… two RBIs vs. West Virginia were the first two RBIs of collegiate career and the first multi-RBI game as a Hawkeye… posted first two multi-hit games at the Snowbird Classic, tallying two hits against Maine (March 8) and Georgetown (March 10)… posted first career extra-base hit March 3 vs. Wichita State, hitting a double to left field in the sixth inning… made collegiate-debut Feb. 15 at Austin Peay… recorded the first hit of his collegiate career Feb. 17 vs. Austin Peay.

High School — Ranked 212th nationally, and 21st nationally by position… regarded by professional scouts as one of the top catching prospects in the Midwest… ranked as the fifth best player in the state of Illinois… signed his letter of intent at a Chicago White Sox signing day ceremony… led team to the 2012 City Championship and regional and sectional title as a senior… four-time White Sox Double Duty Classic Selection (2008-2011)… two-time White Sox Midwest Area Code Team selection (2010, 2011), a two-time White Sox and USA Baseball Breakthrough Series selection (2009, 2010) and a two-time USA Baseball Tournament of Stars selection (2010, 2011)… Perfect Game National Showcase Selection and a Royals Midwest Showcase Selection in 2011… IHSAA 4A all-state selection and a member of the CPS City runner-up team in 2011.