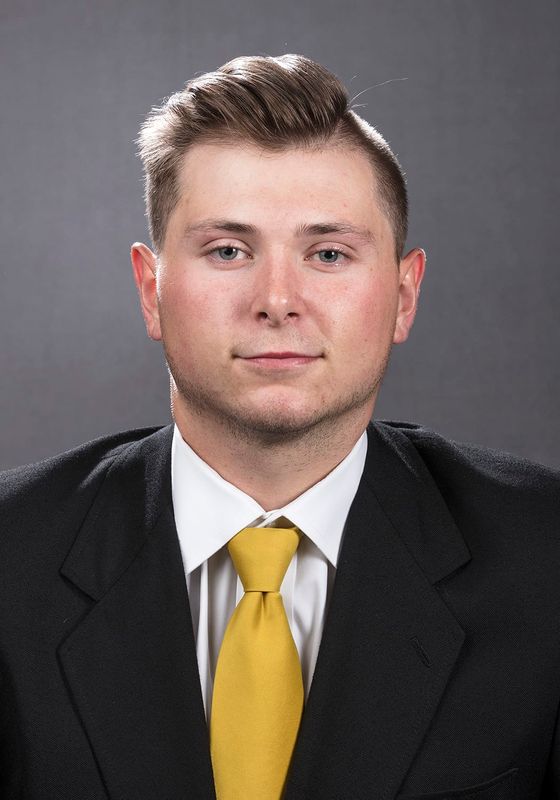 Hawk Item — Selected in the 27th Round (815th pick) of the 2018 Major League Baseball First-Year Player Draft by the Milwaukee Brewers… was also selected in 36th round in 2016 by Oakland and in the 20th round in 2017 by Philadelphia.

2018 Honors — Big Ten Co-Pitcher of the Week on March 26. 2018 — Went 5-7 with a 5.94 ERA in 13 starts (14 appearances)… had 65 strikeouts — tied for 13th in the Big Ten — against 43 walks over 53 innings… allowed two or fewer hits in four starts… had 35 strikeouts in Big Ten play, which were 11th most in the league… made his first relief appearance of the season against Penn State (5/19) — a 1-2-3 inning… picked up his fifth win, posting a quality start in the victory over Ohio State (4/7)… allowed three runs on six hits over six innings, finishing with seven strikeouts… notched his fourth win, allowing one hit over seven shutout innings against No. 11 Indiana… had 11 strikeouts — the most by a Hawkeye since 2004… retired the final 10 batters he faced… earned his third victory, allowing one hit over five innings against Evansville (3/17)… had six strikeouts in the game… allowed one hit over five innings and struck out seven in a road win at UAB (3/3) — his second of the season… earned his first career victory, allowing no runs on two hits over 3 2/3 innings against Old Dominion (2/18)… had four strikeouts to two walks before leaving because of a predetermined pitch count… Preseason All-Big Ten selection by Perfect Game… rated as the 51st-best starting pitcher in college baseball by D1Baseball.com… tabbed as the 90th-best prospect in D1Baseball’s top-100 college prospects… also was the third-best draft prospect in the Big Ten by D1Baseball.com.

Personal — Born Feb. 21, 1997, in St. Louis… son of Scott and Lynette Schanuel… has a younger sister, Kiley… majoring in sport and recreation management.