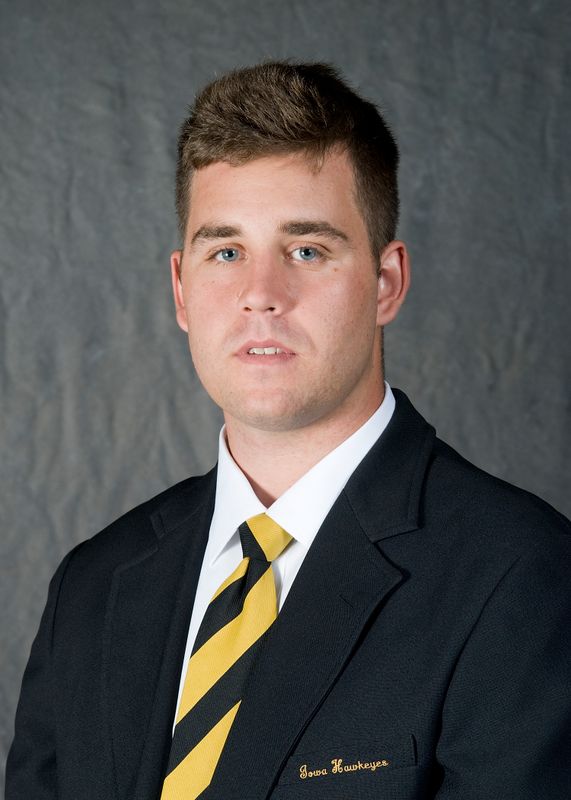 2013 — Started 11 games (10 at first base, one as the designated hitter)… tallied a hit in seven of the team’s last nine contests… posted a .364 (4-of-11) batting average in three games vs. Michigan State (May 10-12)… went 3-of-4 on May 11 against the Spartans, tying a career-best in hits… delivered a go-ahead RBI single in the bottom of the eighth inning May 11 vs. Michigan State, securing a 2-1 victory… played in all three games at Michigan on May 3-5, going 2-for-6 with two RBIs… went 1-of-2 with two RBIs on May 4, including a go-ahead sacrifice fly in the top of the 12th inning… saw action in all three games against Northwestern, pinch-hitting in the first two contests… made pinch-hit appearance March 8 vs. Maine, drawing a walk… made season debut Feb. 16 against Austin Peay.

2011 — Played in 41 games, including 33 starts… played in and started the most games of any Hawkeye freshman… started 29 games at first base and four games at DH… hit .255, tallying 26 hits in 102 at-bats… scored 17 runs and tallied 36 total bases… notched seven doubles and 10 RBIs… ranked second on the team in walks (25)… tallied first career home run against Michigan (April 23)… finished season with a .982 fielding percentage… ranked seventh on the team in multi-hit games (seven)… notched one multiple RBI game… tallied a season-best three hits against Southern Utah (3-for-4), including an RBI and two doubles… ranked third in the Big Ten with 19 walks, in league games only… hit .464 when leading off an inning… recorded one two-out RBI… batted .292 on the road and .321 in nonconference action.

High School — Led team to district title in 2009… served as team captain as a junior and a senior… lettered all four years… also was a four-year hockey letterman… named all-metro after leading hockey team to state title as a senior.