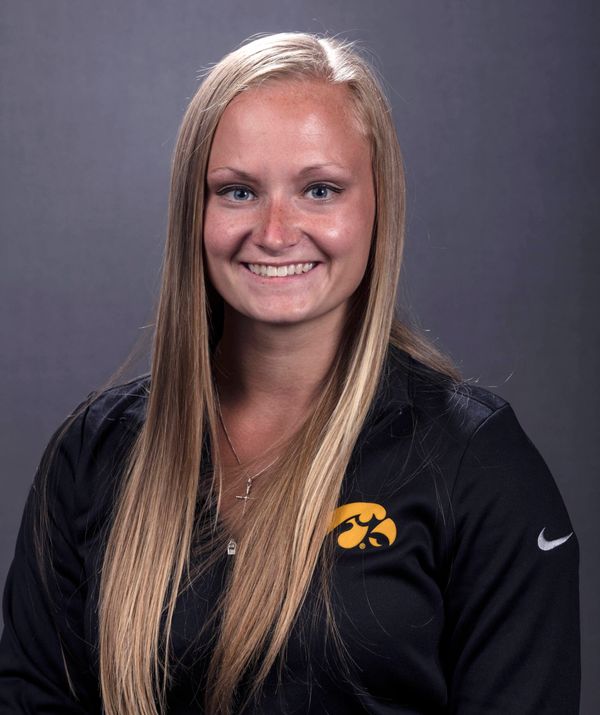 2016 as a sophomore… Appeared in 39 games with 27 starts… played primarily in the outfield… recorded 22 hits, six runs and three RBI in 85 at-bats… was a perfect 3-3 in stolen bases… defensively, racked up 26 putouts and three assists… tallied nine hits, one run and eight putouts in league play… registered a single against Louisville on Feb. 12… plated a run in Iowa’s win over Sam Houston State on Feb. 13… registered an RBI walk, a single, and a stolen base in Iowa’s 7-1 win over IUPUI on Feb. 19… put down a bunt single to plate a run against UIC on Feb. 19… singled to center against Lipscomb on Feb. 20… registered a single against Indiana State on Feb. 21… went 1-for-2 with a single, stolen base, and a career-high two runs scored against Coastal Carolina on Feb. 27… reached on an error, stole a base, and scored a run against Lamar on March 5… went 1-for-2 with an infield single against Texas on March 17… was inserted as a pinch runner and scored a run against Nebraska on April 6… registered a pinch-hit single against Northwestern on April 10… singled against Drake on April 13… registered a pinch-hit single against Wisconsin on April 16… singled against Missouri in game one of a doubleheader against Missouri on April 10… went 2-for-4 with a run scored as Iowa’s leadoff hitter in game two of the doubleheader on April 19… went 2-for-4 with a pair of singles against Penn State on April 22.

2015 as a freshman… Appeared in 57 games with 53 starts for the Hawkeyes, including 32 in left field and 18 as the designated player… went 3-3 with a walk in Iowa’s 6-0 win over Wisconsin-Green Bay… scored two runs in Iowa’s 6-0 win over Wisconsin-Green Bay… plated a career high two RBI in Iowa’s 6-5 loss to NC State… went 3-for-5 with an RBI in Iowa’s 12-11 win over Cal State Fullerton… drove in a run at Oklahoma on March 14… matched her career high with a stolen base against East Carolina on March 15 — the second steal of her career… matched a career high with two runs scored in Iowa’s 7-6 win over Tulsa on March 18… recorded the fourth multiple hit game of her career against Maryland on March 21, going 2-for-3 at the plate with a career-high two runs scored and one walk…. drew a walk and scored a run against Nebraska on March 25… matched her career-high with three hits against Western Illinois on April 2… registered a hit in each game of a three-game set against Illinois on April 3-5… Matched her career highs in doubles (1) and RBIs (2) against Illinois on April 5… went 1-for-3 against Wisconsin on April 11… was 1-for-5 at the plate against Wisconsin on April 12… posted her sixth multiple hit game against Iowa State on April 15 with a 2-for-3 performance at the plate… registered her seventh multi-hit game of the season, going 2-for-3 with two singles in Iowa’s 5-1 victory over Purdue on April 18. .. recorded a pinch-hit single against Minnesota on April 25… went 2-for-3 with a triple and a stolen base against Northwestern on May 1… went 1-for-2 with a walk in Iowa’s 8-6 win over Northwestern on May 3… started all three Big Ten Tournament games as Iowa’s designated player… letterwinner.