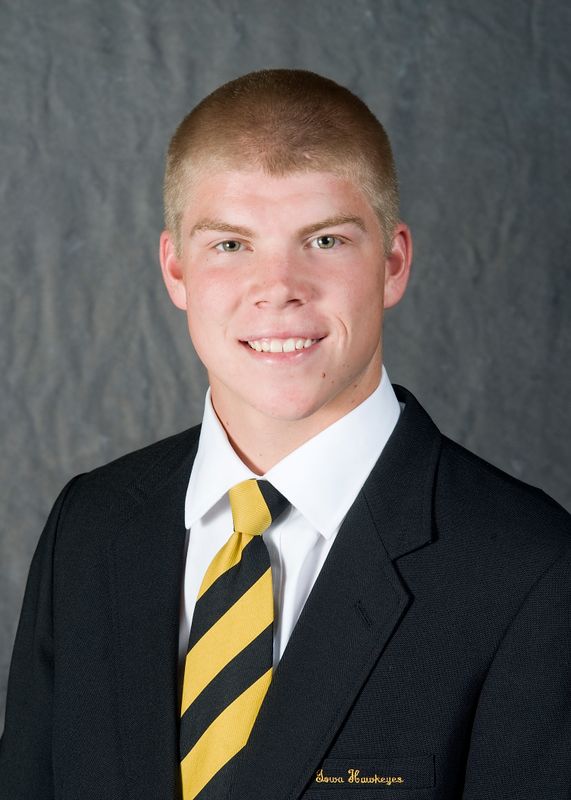 Hawk Item — Selected in the eighth round (239th pick) of the 2014 Major League Draft by the Los Angeles Angels of Anaheim… elected to forego his senior season and sign a professional contract.

2012 — Appeared in 46 games, the most among any Iowa freshman and the third-most on the team… made 42 starts… hit .292, recording 47 hits in 161 at-bats… tied for second on the team with eight doubles and 24 RBIs and tied for third with 24 runs scored… tallied one triple and 57 total bases… went 9-for-9 in stolen bases… ranked first in the Big Ten and 22nd nationally with 14 sacrifice bunts… was hit-by-pitch seven times, which ranked fourth most on the team… tallied game-winning RBI single in the bottom of the ninth in series opener against Northwestern… delivered game-winning, walk-off hit in bottom of the ninth in 10-9 victory over Milwaukee… ranked second on the team with 15 multiple-hit games, including four, three-hit contests… tied for team lead with six multiple-RBI games… recorded season-high hitting-streak of five games and reached-base streak of nine games… hit in the No. 2 spot 28 times… hit .308 against righties, .353 with two outs, .388 with runners on base and .426 with runners in scoring position… batted .329 at Duane Banks Field… notched eight two-out RBIs… named to the Riverview Inn Classic All-Tournament team for his efforts at Austin Peay… recorded five hits, two doubles, scored five runs and tallied four RBIs in the three-game tournament… saw first career action and made first career start on Feb. 18 against Notre Dame, tallying first career hit and RBI.

High School — Three-time all-conference, two-time all-state and two-time all-district honoree… was named to the all-state team after batting .434 and leading his team to a conference title as a junior… batted .475 with three home runs as a senior as he led his team to conference and state titles… football and track standout… was a four-year honor roll student.