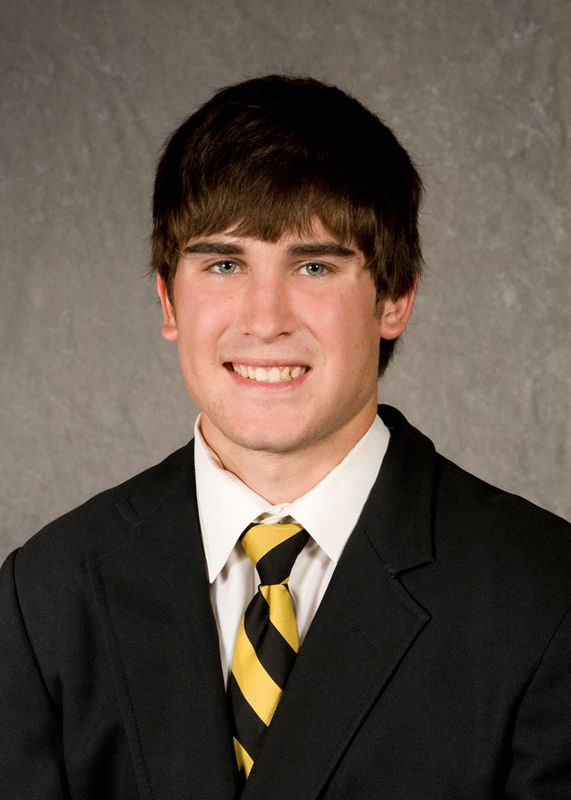 2012 Honors — One of three pitchers named to the 2012 Big Ten Preseason All-Conference First Team by College Sports Madness. 2012 — Made 13 appearances, all starts… finished with a record of 4-7 and a 4.97 ERA… tossed 92.1 innings, which ranks as the ninth most in a single season in program history… struck out 64 batters, which led the team and ranked 10th in the Big Ten… notched one complete game against Northwestern on March 23, allowing two runs while striking out six… allowed 21 walks… went 3-5 in Big Ten action in eight starts… recorded a 4.97 ERA at home and on the road… averaged 3.0 strikeouts per walk… named to the Riverview Inn Classic All-Tournament team for his efforts at Austin Peay… struck out a season-high eight batters at Indiana on March 30… pitched at least five innings in all 13 starts.

2011 Honors — Named second team All-Big Ten for second consecutive season… named Big Ten Pitcher of the Week twice (May 2 and May 16)… named College Baseball Daily’s Preseason Big Ten Pitcher of the Year. 2011 — Started all 14 games he appeared… served as Iowa’s Friday night starter… finished with a record of 4-6… tossed four complete games and one complete game shutout… ranked 33rd nationally in complete games… nearly threw perfect game, allowing only one hit at Minnesota (Apr. 29)… outing marked Iowa’s first one-hitter since Troy Wulf one-hit Southwest Missouri State on March 14, 1998… ranked sixth in the Big Ten with a 3.14 ERA and fifth in innings pitched (94.2)… 94.2 innings pitched are the eighth-most in a single season at Iowa… tied for seventh in the conference and second on the team with 61 strikeouts… 26 batters struck out looking against the lefty, ranking second in the Big Ten… in Big Ten games only, led the league in innings pitched (60.2), ranked second in strikeouts (41) and fifth in ERA (2.67)… held opponents to a .235 batting average in league contests, the third lowest of any pitcher… allowed three runs or less in 11 of 14 starts… allowed two runs or less in nine of the 14 starts… led Iowa in average number of innings pitched per appearance (6.76) and strikeouts per walk ratio (3.1).

2010 Honors — Earned second team All-Big Ten accolades… recognized on to the all-Big Ten Tournament team… named Big Ten Pitcher of the Week after throwing a complete game against Purdue (May 21). 2010 — Started in 15 games… served as Iowa[apos]s ace Friday night starter… pitched a team-high 99.1 innings, which ranks fourth-best in school history in a single-season… threw four complete games to lead Iowa, first was against Michigan State (Apr. 3)… picked up Iowa’s first Big Ten Tournament win since 1990 against Purdue in the tournament opener (7-4)… struck out nine batters twice (Western Illinois and Purdue)… pitched three games without issuing a walk… had the team’s lowest ERA (3.71), which is the seventh-best in school history… averaged 3.2 strikeouts per walk to lead the pitching staff… went two outings without allowing an earned run… forced a team-most nine opponents to hit into double plays… struck out a team-high 71 opponents, with 26 struck out looking… his 71 strikeouts puts him at seventh and his 36 struck out looking is a school record… went 6-4 on the year, the second-most wins of any Hawkeye… started nine contests in conference play… finished with the second-lowest conference ERA (4.42)… earned four Big Ten victories, the most of any Hawkeye… opponents hit .288 against the lefty, the second-lowest on the squad.

2009 — Appeared in 16 contests with nine starts… nine starts was a team best… pitched a team season-high 68.1 innings… compiled a 3-4 record… three wins was a team best… team-best 50 strikeouts, 25 of which were looking… started every Big Ten weekend (8)… finished with a 5.70 ERA in the conference… season-high 60 fly outs and 84 ground outs… picked up first career win in a three inning appearance at Austin Peay State (Mar. 19), allowing no runs on no hits… career-high nine strikeouts in no decision against Michigan (Mar. 28) in six and two-third innings pitched allowing only one run… season-high seven and one-third innings in lost against Penn State (May 10).

High School — Played on the Illinois Sparks… was an all-conference selection… named all-state as a senior… was ranked No. 19 player in state of Illinois by PG Crosschecker… awarded team MVP as a senior… received the team[apos]s pitching and batting awards in 2008… team captain his senior season… holds the record for most strikeouts in a single-season for Rock Falls High School… in the record books for most wins in a season and career… part of the Rock Falls state runner-up squad in 2008… participated in four conference champion teams… received four letters in golf as the team’s number one… named MVP three-consecutive on the team… finished 11th at state his senior year.