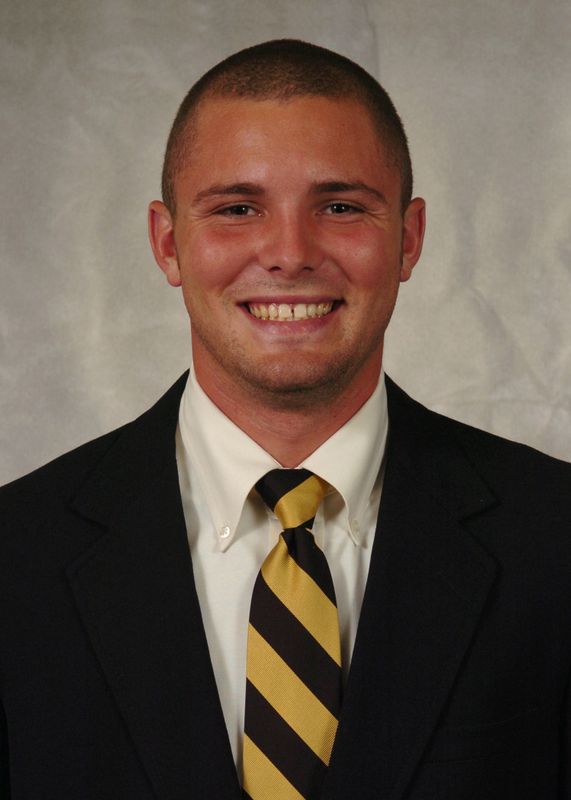 2007 – Saw action in 13 games, all in relief… led the team with a 3.06 ERA… posted a 1-0 record… earned his first Hawkeye win by throwing two innings of scoreless relief against Illinois (Apr. 22)… did not allow a home run all season… made five consecutive appearances without yielding an earned run.

Before Iowa – Played one year one year at Kirkwood Community College and one year at Chandler-Gilbert Community College… named to the 2005 all-region team… led Kirkwood to a 43-15 record and seventh place in the nation as a freshman in 2005… posted a 3.07 ERA and 60 strikeouts at Kirkwood… made 22 appearances as a relief pitcher at Chandler-Gilbert CC as a sophomore, recording a 3.10 ERA and 13 pickoffs.

High School – 2004 4A Bob Feller Pitcher of the Year… first team all-state pitcher as a senior… earned second-team all-state honors as a catcher his junior year… hit .400 with five home runs and 60 RBIs as a junior… posted a 9-1 record with a 1.18 ERA as a senior… holds Davenport North records for wins, doubles and lowest ERA in a season, along with career wins.