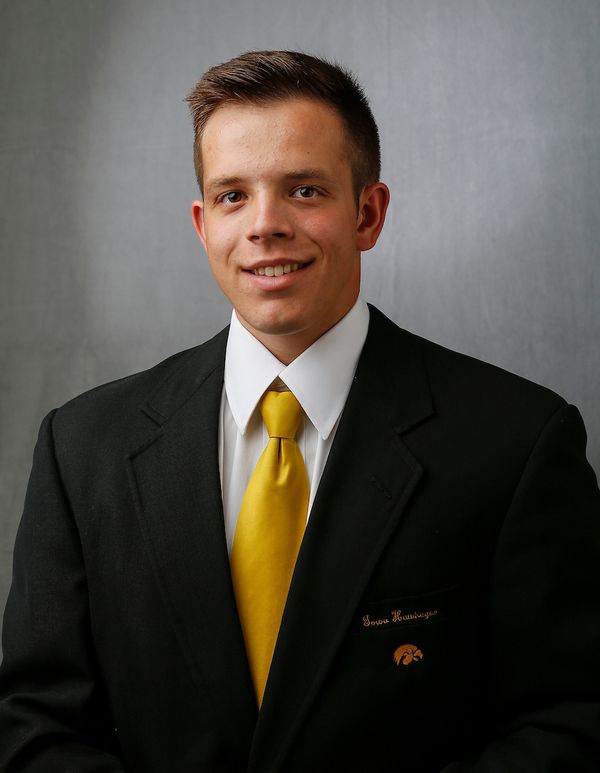 High School — No. 1 catching prospect in Iowa and a top 1000 prospect by Perfect Game… first-team all-state and 2014 Mississippi Valley Conference Player of the Year as a senior after hitting .385 with 10 doubles, 36 RBIs and a .529 slugging percentage… also was a first-team all-district, all-conference, and all-metro team honoree… played in the Iowa High School All-Star Series… earned first and third-team all-state honors as a junior after hitting .354 with 31 RBIs, 19 walks and five doubles… also tabbed as a 2013 Perfect Game underclass high honorable mention All-American, a first-team all-district, all-metro and all-conference selection… 2012 Perfect Game underclass honorable mention honors as a sophomore after hitting .367 with 15 doubles and 22 RBIs… also was a first-team all-conference and all-metro and a second-team all-district selection… voted as his team’s offensive player of the year as a junior after being the defensive MVP as a freshman and sophomore… named to the MVC All-Academic team as a senior.

Personal — Born Dec. 21, 1995… son of Jack and Colleen Sole… father, Jack, played for UI head coach Rick Heller at Upper Iowa and coached under Heller at Northern Iowa… has one younger brother, Casey… majoring in nursing and minoring in Spanish.