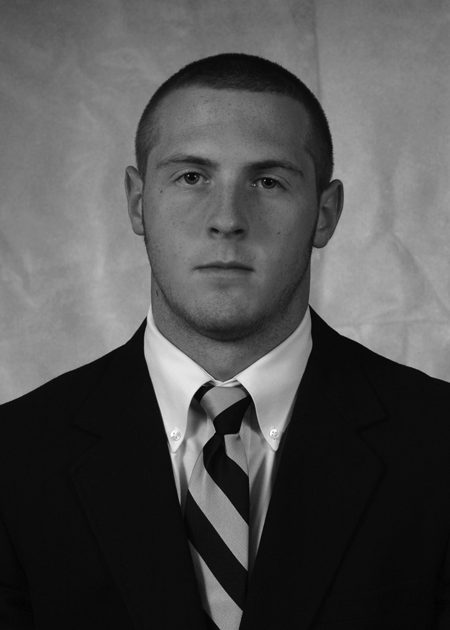 2008– Appeared in 37 games, with 25 starts… finished the season with a .295 batting average in the conference…recorded three multi-hit games… had a six-game hit streak… played four different positions… hit .385 to leadoff an inning… was most successful from the plate in the third inning having hit .545… went a perfect 4-for-4 with three runs scored at Indiana on (Apr. 12).

2007 – Saw action in 14 games with four starts… went 1-for-2 with a double, two stolen bases and two runs scored in his first career start (vs. Northern Illinois, Apr. 18)… also picked up hits against Northwestern and Upper Iowa… two of his three hits were doubles.

High School – Two-time all-state selection, including elite all-state his senior year… two-time first team all-district and all-conference pick… honorable mention all-conference as a sophomore… finished prep career with 25 home runs, 151 RBIs and 79 stolen bases… hit over .400 in each of his final two years… also had a 13-4 record as a pitcher… was also a third team all-state running back in football and a track standout… three-time all-conference in the long jump, and placed seventh at the state meet as a junior… placed third at the Iowa State Meet and fifth at the Drake Relays in the 100-meter dash.