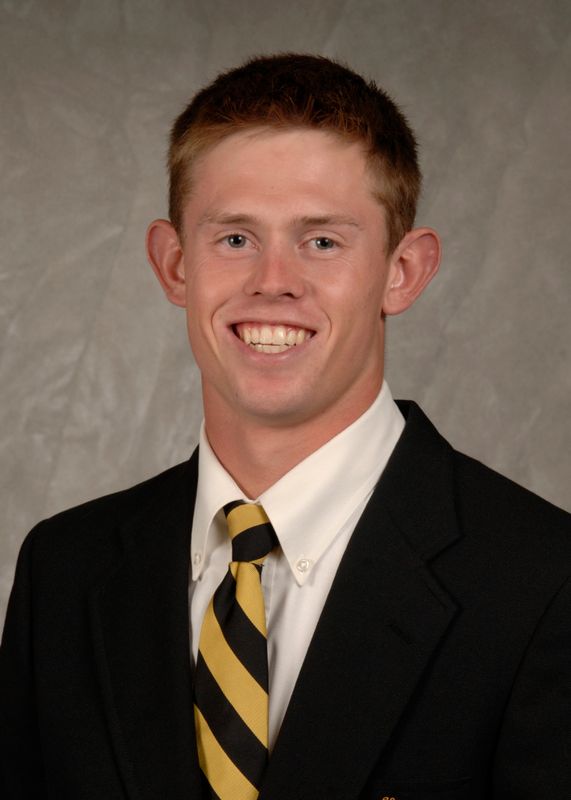 Hawk Items – Played summer ball in the Northwoods League for the Lacrosse Loggers… a 2009 third team pre-season all-America selection by Ping Baseball… named to the 2009 Brooks Wallace Player of the Year Watch List… is a two-time member of the Unity Council.

2008 — All-Region honors… named third team all-Big Ten… hit .395 overall with a.390 clip in conference play… ranked in the top ten in nine statistical areas among Big Ten players… a total that ranks recorded 87 hits, second in Iowa single-season history… scored 63 runs, a total that ranks eighth in Iowa single-season annals… amassed 24 stolen bases, a total that ranks 12th in Iowa single-season history… tied Iowa single-game record with five singles vs. UNI in Iowa’s win at the Corridor Classic (Apr. 30)… set a school record of 25 consecutive games with a hit… the streak was the longest in the Big Ten and seventh-longest in the country that season… recorded 15 multi-hit games… had nine multi-RBI games… played second base and shortstop… was named to the Music City Classic All-Tournament Team (Mar. 2)… tied a single-season record for most at bats in a game with seven at Michigan State (Apr. 25)… had the most assists in a game with six at Indiana (Apr. 12)… hit .500 with a .625 slugging percentage with the bases loaded… had a .722 slugging percentage in the seventh inning… academic all-Big Ten honoree.

2007 – Third team all-Big Ten honoree as a second baseman… ranked in the top ten highest batting averages in the Big Ten… hit .374 in conference play… had 16 multi-hit games… named to the first team all-regional team for the Mideast Region at second base by the American Baseball Coaches Association (ABCA) and Rawlings… hit .700 (7-for-10) with five RBIs and six runs scored in four-game series with Illinois (Apr. 20-22)… hit .515 (25-of-49) with 15 RBIs over a 14-game hitting streak (Apr. 20-May 11)… hit .426 with runners in scoring position… went 2-for-5 with a home run and three RBIs against Ohio State (Apr. 1)… was 3-for-4 with one RBI and a stolen base against Upper Iowa (May 2)… only Hawkeye to pitch and play the field… made four appearances on the mound, all in relief… earned his first career save in his first appearance of the year (Mar. 16 vs. Fresno State)… member of the Unity Council.

2006 – One of three Hawkeyes to pitch and play the field… started six games at second base, one at pitcher and one as the designated hitter… also made 10 relief appearances on the mound… third on the team with a 2.86 ERA… got first-career hit, RBI and run scored against IPFW (Mar. 25)… went 1-for-4 with an RBI and run scored against North Dakota State (Apr. 18)… made his first-career start at the Corridor Classic against Northern Iowa (Apr. 26), allowing just one run in four innings of work.